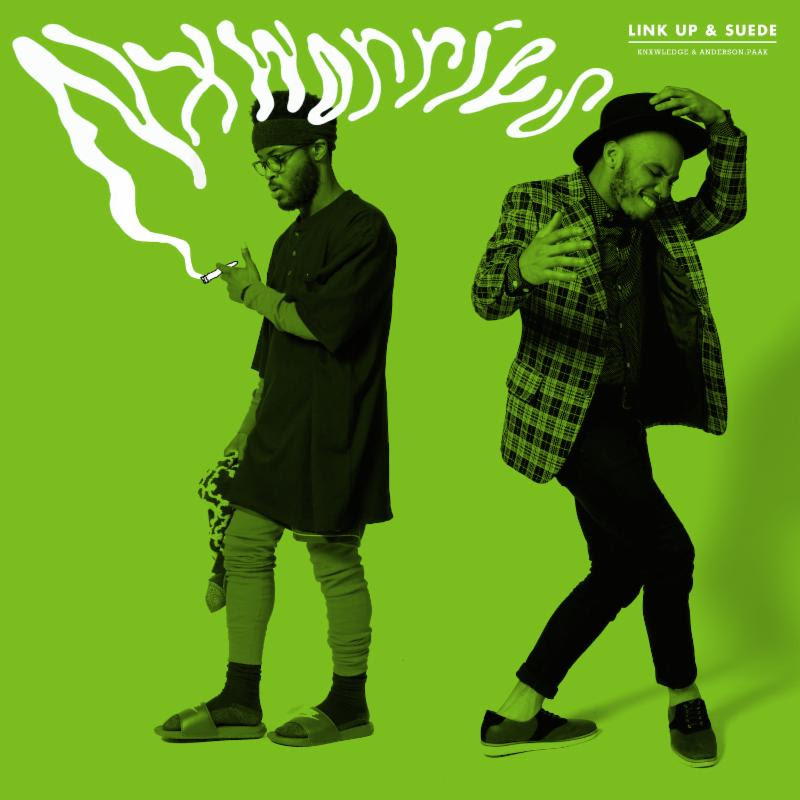 On the heels of releasing the Link Up & Suede EP last week, NxWorries, the collaborative project between R&B vocalist Anderson .Paak and producer Knxwledge, shares a new video for “Link Up” recorded live on camera at Stones Throw HQ in Los Angeles. Coming into the new year, NxWorries aren’t slowing down and are gearing up to release their debut LP via Stones Throw Records in 2016. Check out the video above and more info on the Link Up & Suede EP below.

A performance on Dr. Dre’s Compton helped Anderson .Paak, however, that journey actually began when NxWorries’ single “Suede” reached the ears of Dre. Now, “Suede” is being officially released alongside new single “Link Up”, a Knxwledge remake of .Paak’s “Droogs”, and bonus beats. Anderson .Paak went on to record eight tracks with Dre

Knxwledge (“knowledge”) is a prolific hip-hop beat maker from Los Angeles whose record Hud Dreems came out this year. His production credits include tracks for Joey Badass and Kendrick Lamar’s To Pimp a Butterfly (2015).

NxWorries recently completed a national tour with Earl Sweatshirt and are putting the finishing touches on their full-length album for Stones Throw Records, set for release in 2016.