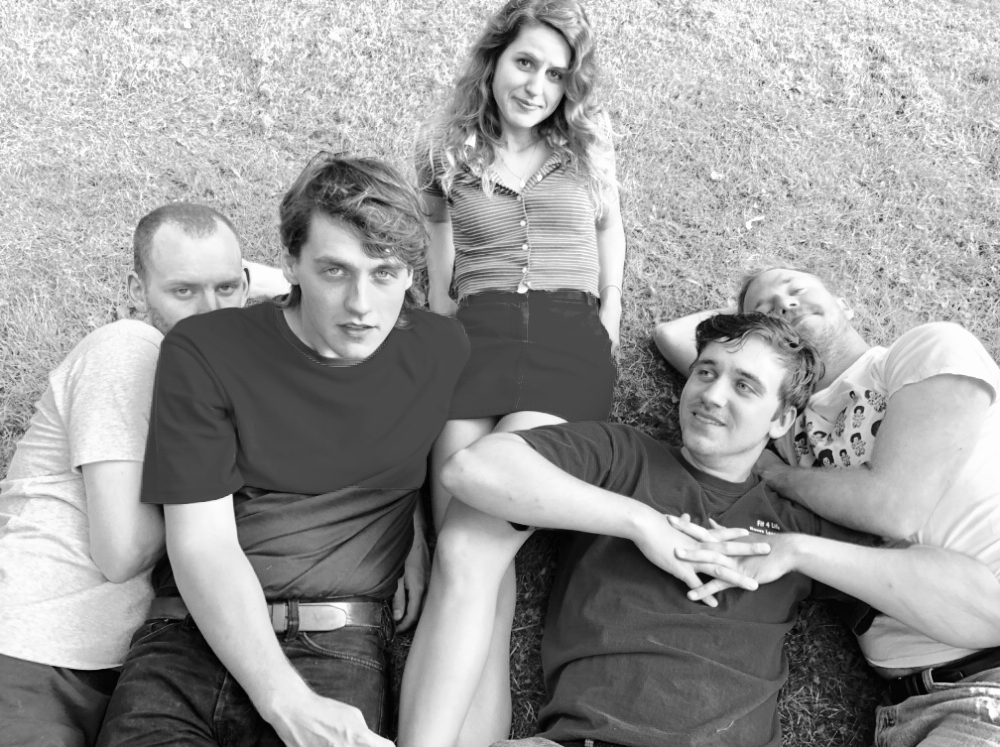 Nutrients began as a recording project in a basement in Montreal. After years of compiling songs, vocalist Taylor Teeple relocated to Toronto. After diving into the local scene, he put together the rest of Nutrients: guitarist Will Hunter, drummer Turner Wigginton, bassist Sean McKee, and keyboardist Iuila Ciobanu. Today, the band have shared a new video for their latest single “Such Slime.”

Taylor Teeple on “Such Slime:”

I wanted to write a song that could be someone’s favourite, go-to song to do at karaoke in an alternate universe. Or maybe an alien karaoke party on another planet. I think the ballad-like intro and the climactic bridge both lend themselves well to a drunk person singing this song at a half-empty, dimly lit karaoke night. The title also works great with this pathetic karaoke crooner, bemoaning their identity as someone who is slimy and unattractive, as they slowly descend into sadness.