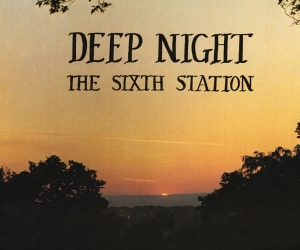 A raw cry from the dark night of one man’s soul. cloistered away from the popular culture of 1982, rural Illinois priest Tony Trosley painted a pastoral refraction of early 1970s Laurel Canyon watercolors with this stand-alone set of songs. The Sixth Station – named for a grim New Testament tableau in which Veronica washes the tortured face of Jesus – managed to avoid overtly Christian themes in favor of a mystical Humanism that resonates timelessly, and to any sort of listener. This Deep Night is as profound and eerie as the images conjured by its title.

During the 1960s and early 1970s, guitar-wielding men of the cloth came somewhat into vogue. Brother Juniper, Father Tom Belt, and the St. Louis Jesuits each found modest success with their takes on liturgical folk music. Born in 1951, Father Tony Trosley trod out of this tradition to arrive in quite a different place. Raised in the St. Louis area, Trosley entered the seminary immediately after high school. It was there that he took up guitar and set out on a musical sojourn that would result in an LP more than a decade later.

Assigned to a parish in Peoria, Illinois, Trosley charted his long course toward Deep Night, adding crew along the way to fill out the recordings. Deep Night’s title cut is its purest moment, featuring Trosley alone and transparent, his 12-string tone shaped by a phaser pedal. The entire album, tracked in a tiny chapel with rented equipment over one extended evening, was mixed live with only a handful of overdubs. A few disastrous live performances around Central Illinois sealed the album’s fate as a one-off, though producer Scott McDaniel proposed a second LP. Father Tony Trosley, cloistered as he was from popular music culture of the day, could hardly avoid recording a folk and rock anachronism, but the sound of Deep Night defies placement on any timeline, aural or historical. It’s every bit as darkly profound and eerie as its name implies. 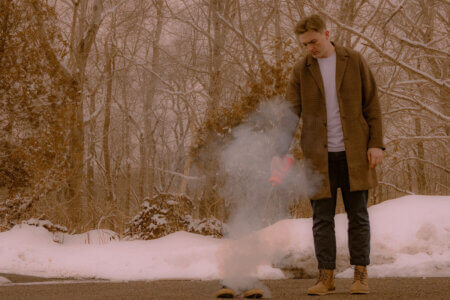