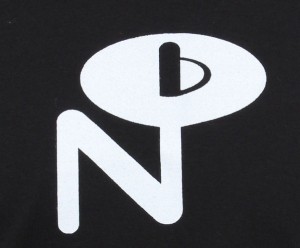 Numero Group will be joining forces with Dead Oceans, Jagjaguwar and Secretly Canadian, pairing one of the most important catalog brands in music with the triumvirate of labels releasing some of the most vital new independent music in the world. Ben Swanson, Chris Swanson and Darius Van Arman (all partners in the Dead Oceans, Jagjaguwar and Secretly Canadian labels) are each joining Numero Group ownership as partners.

Numero Group will retain a unique marketing and A&R staff in Chicago, handling all creative and marketing aspects of the label, while Dead Oceans, Jagjaguwar and Secretly Canadian’s global A&R and marketing team will remain focused solely on those three labels. The labels will all utilize shared services, such as business and legal affairs, accounting, technology, and more.

About the transition, Numero’s Ken Shipley stated, “We’ve known Chris, Ben, and Darius since we were all on indie training wheels. Watching their companies grow from off-the-map vanity imprints to taste-making powerhouses has been a thrill to watch, and we’re pumped to join what we know will be a formidable bloc of important record companies for decades to come.”

Dead Oceans was founded in 2007 by the owners of Jagjaguwar and Secretly Canadian, alongside Austin-based Phil Waldorf, and is the current home to Bear in Heaven, Bleached, Bill Fay, Phosphorescent, and the Tallest Man on Earth. Jagjaguwar was founded in 1996 and merged operations with Secretly Canadian in 1999. The label’s present roster includes Bon Iver, Dinosaur Jr., Foxygen, Sharon Van Etten, and Unknown Mortal Orchestra. Also founded in 1996, Secretly Canadian counts Antony & the Johnsons, Major Lazer, the War on Drugs, Yeasayer, the catalog of Jason Molina (Songs: Ohia, Magnolia Electric Company) and the recordings of comedian Tig Notaro amongst its many jewels. Nick Blandford, based in Bloomington, IN, is the Managing Director for Dead Oceans, Jagjaguwar and Secretly Canadian, while Hannah Overton is the General Manager for the three labels’ UK and European operations, and is based in London.