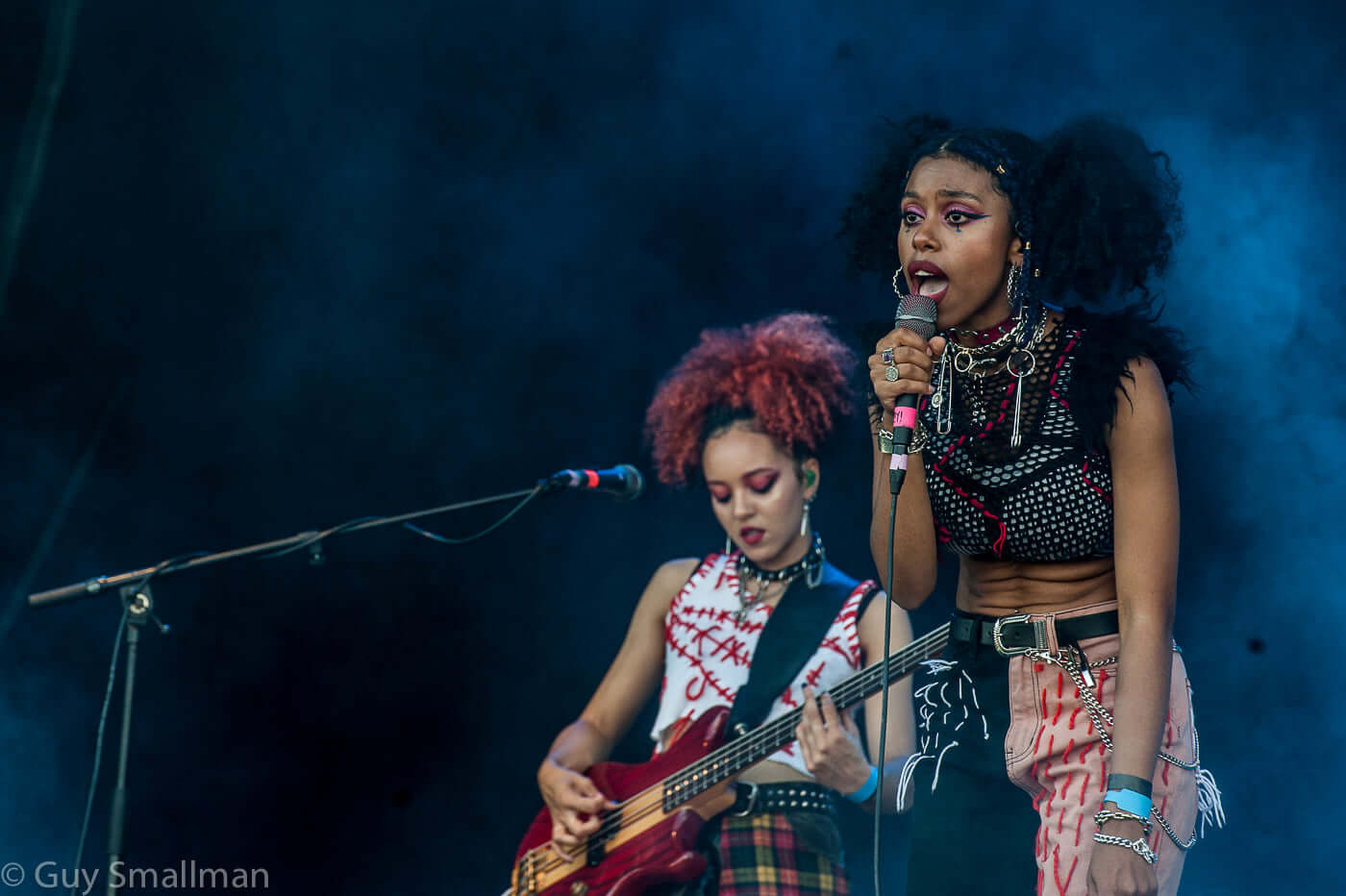 UK band Nova Twins, released their debut album Who Are The Girls? produced by Jim Abbiss (Adele, Arctic Monkeys, Kasabian) in 2020. They recently completed an arena tour with Bring Me The Horizon, including a sold-out show at London’s O2 Arena. Further UK support shows with Enter Shikari and Sleaford Mods will finish out 2021 and a UK and European headline run begins early February 2022.

“”Antagonist” is a defiant tune about self-belief; how you can summon the inner strength to be ready for whatever comes at you. It’s the army that surrounds you wherever you go. The entire song was pulled together during a jam session. Having spent all of lockdown writing tracks remotely over computers, it was really exciting to capture this spontaneous energy together in the studio, as well as the nuances coming from our boards. We made sure not to lose any of this magic on the record.”