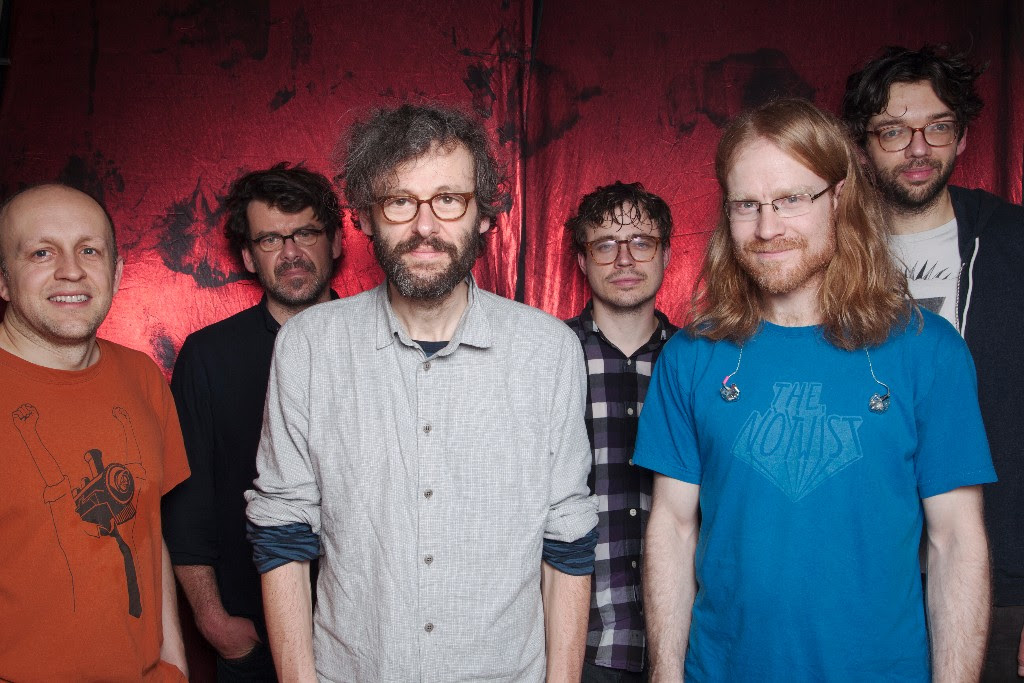 The Notwist have announced Superheroes, Ghostvillains & Stuff, their new live album. The album will be available as a digital only release in North America from Sub Pop, and in Europe through Alien Transistor. The band has shared “Pick Up The Phone”, ahead of the album’s release.

The album contains 16 songs collected from the band’s catalog. Recorded on December 16, 2015 on the second of three consecutive, sold-out nights at UT Connewitz in Leipzig, Germany.

The Notwist have also scheduled European tour dates in late 2016 and early 2017, which span November 5th in Weissenhaeuser Strand, DE at Rolling Stone Weekender through February 19th in Frankfurt, DE at Batschkapp. Please find a complete list of tour dates below.

“Remember how badly we wanted to join them and be part of those sea-faring adventures: Jack London’s The Sea-Wolf, classic TV shows based on his novel The Road, on RaduToduran’s novels… back then, a couple decades ago, the titles of these shows alone were enough to trigger some strong gusts in our hearts, salty squalls perfect for imaginary downwind journeys we dreamed of with billowing sails. We wanted to cruise alongside albatrosses, seagulls, and fellow sailors. Floating high above a three-masted vessel, we watched our own adventures unfold far below, an imagined movie scene complete with a whole crew that worked the rigging, and all the rest. Cutting waves. Amidst the storm and stress of sounds hitting our eardrums far out in the ocean. Combined with the sounds of rotors, of tropics crossed, of marimbas and cabin wood pounded, of strange music spotted in the distance. And even though it was merely for an hour or two that we were rescued by that seal-hunting ship “Ghost,” as Jack London had it, plus, even worse, often found ourselves surrounded by villains: it was a great escape, for we’d successfully set sails – to new and exciting places.

Both around their own Weilheim shores and elsewhere, brothers Markus and Micha Acher have launched various musical vessels,bands and free-floating constellations over the past three decades – and yet: amid all these other speedboats and unlikely sonic barges, The Notwist has always remained the mother ship. This new album documents the latest live incarnation of this very band, which also features Andi Haberl, Max Punktezahl, Karl Ivar Refseth, and Cico Beck. Recorded on December 16, 2015 on the second of three consecutive, sold-out nights at UT Connewitz in Leipzig, Germany, “Superheroes, Ghost-Villains & Stuff” indeed feels like a first-hand live experience caught on triple vinyl.

Although there is one song that points to the early, “louder years” of The Notwist – “One Dark Love Poem” off the album Nook –, the rest of the night’s set sees the band perform all the major hits off Neon Golden, The Devil, You + Me, and Close To The Glass. However, these are different, organically enhanced versions, newinterpretations and combinations that feel much more alive; thanks to Olaf Opal’s incredible mix, they sometimes even outshine the original studio recordings. Listening to “Superheroes, Ghost-Villains & Stuff” feels like watching these songs evolve and change, moving from one frame to the next, much like a baroque triptych.

What starts out like ‘wimmelbook’ imagery, the music soon folds and unfolds like a Moebius strip: Sans bottom or top, sans inside or outside, the inside becomes the outside and vice versa. It’s all about sonic interconnection, about music as entanglement, music as reconciliation. The rather majestic, cinematic (indie) pop and experimental, kraut- infused jazz, the spirit of the enlightenment and baroque playfulness, the traces of modernism and minimal music, dub leanings, hip-hop lessons, and even hints of house music: here is where they all come together, reconciled in a sound that’s both melancholy and romantic. And ultimately, the spirit of these songs is set free – and the band has released itself, is free at last”.