Nothing releases track and visual 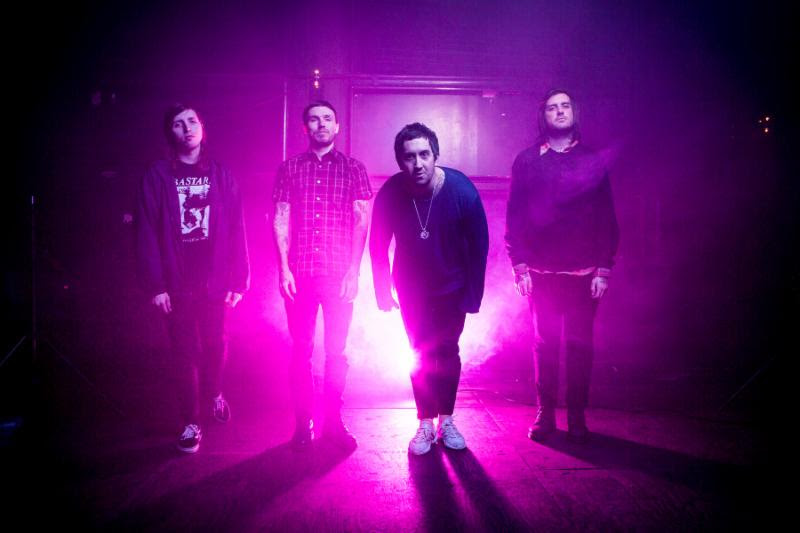 NOTHING, are releasing their new album Tired Of Tomorrow, on May 13th. The lead-track is “Vertigo Flowers”, the song was released earlier today and can be streamed below. Dominic Palermo from the band describes the origins of the song and hints at the horrific year he had;

“I was walking to the bank one day with a couple friends and I believed a car full of men was following me around. I walked through the parking lot and into a Walmart and hid there for a couple hours. I was experiencing a new consistent spell of vertigo that I believed may have been a direct result of a recent brain trauma and hospital stay. Everything seemed hazy and for a few weeks I was having a hard time sorting everything out. In the studio the vertigo never really stopped so a lot of the lyrics I had previously wrote for songs I decided to change because whatever was going on in my head I wanted out.”

Nothing are also sharing an in-studio trailer, for a look at the band’s raw moments directed by Don Argott. Tired Of Tomorrow will be coming out on CD / LP / Deluxe 2xLP with two bonus tracks Cassette / Digital.

People often wonder why Philadelphia’s NOTHING are so damn loud. In the case of many artists, the volume stems from a preoccupation with negativity, misanthropy and the human condition. But while NOTHING’s attitude lines up with these ideas, their personality isn’t one that the band picked from a list of cliches. Instead, it’s one that’s been molded by the band’s own experiences, from family troubles and personal tragedy to a string of bad luck that Murphy’s Law would balk at.

NOTHING frontman Domenic Palermo got his start as the brains behind the late 90s/early 2000s hardcore/punk act Horror Show in the crime-riddled neighborhoods of Frankford & Kensington in North Philadelphia. Unfortunately, Horror Show’s existence was cut short In 2002, when Palermo was incarcerated for an aggravated assault charge (to which he pleaded self-defense) and subsequently served a 2-year prison sentence. After getting out of prison and working the next 5 years under watch of Pennsylvania parole board, Palermo took a lengthy hiatus from music, entering a period of personal reflection that led him through a maze of death, negativity and uncertainty. Nicky returned to music in 2010, and founded NOTHING with the release of the demo Poshlost (named for an intense and quintessentially Russian form of spiritual banality). Following the release of Poshlost, Palermo met Brandon Setta, who would bring lush, rich soundscapes and a fresh approach to Palermo’s vision for NOTHING and to the band’s next two EPs, Suns And Lovers (Big Love, 2011) and Downward Years To Come (A389, 2012).

NOTHING then signed to Relapse for their debut 2014 full-length Guilty Of Everything, which was inspired by the events surrounding Palermo’s prison sentence. The band toured Europe and North America extensively in support of Guilty, but this period was unfortunately brief. In summer 2015, while on the eighth consecutive month of a non-stop tour that had seen the band performing with the likes of DIIV, Merchandise, Torche, Failure, Hum and more, Palermo was mugged and badly injured in Oakland, CA. The assault ultimately left Palermo with a fractured skull & orbital, nineteen staples, and a drastically re-shaped perspective about his music and life in a larger sense.

That new mindset, which the band hadn’t been able to realize until Palermo’s injury, forced them to come up for air from the endless touring – “Like when you’re in a car going 100 miles per hour and connect with an oak tree and everything behind you comes smashing forward,” Palermo said. That was the basis for the band’s new record Tired Of Tomorrow, which was recorded over the course of a month at Studio 4 with Will Yip (Title Fight, Superheaven, Touche Amore, etc) this past October. Even since the completion of Tired Of Tomorrow, NOTHING have faced new challenges and difficulties that would certainly have sunk a lesser band. As NOTHING were gearing up to release Tired Of Tomorrow via Collect Records, the band discovered that the label had been funded by the now-infamous hedge fund manager Martin Shkreli. After Collect Records and their entire roster eventually dissolved under the weight of the controversy, NOTHING were left adrift. Former partner Relapse Records got on board with releasing the new album, but NOTHING were not finished with their trials – just this past November, Palermo’s father unexpectedly passed away in a tragic accident, heaping the band with further personal difficulties on top of their professional ones.

Yet throughout all this, the band has always managed to maintain a unique stoicism alongside its apathy, one that extends beyond mere riffs and reverb. All the band’s music, especially Tired of Tomorrow and Guilty Of Everything, have managed to work past, present and future simultaneously into their approach, both musically and thematically. Borrowing from personal memoir and external works alike, NOTHING have worked the deepest influences of their youth & maturation into a package that’s ultimately at its most relevant in the present day. Case in point: Tired Of Tomorrow was written before the Shkreli debacle, but as Palermo sees it, those events only served to strengthen the sentiments and ideas behind Tired Of Tomorrow rather than confuse its message. It’s a mess to think about, but as always, the contradictions and paradoxes of the kind NOTHING harnesses ultimately lead to the greatest revelations, and the band’s personal and tragic path has nonetheless led NOTHING to produce deeply heartfelt and inspiring music.