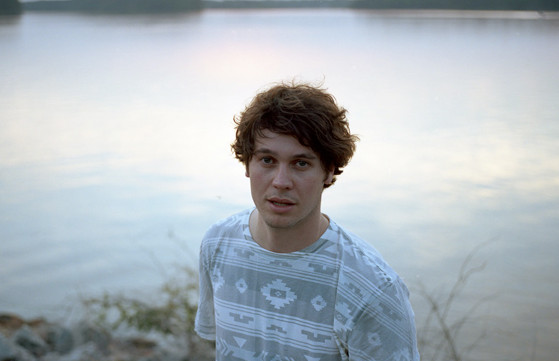 Charles Brownstein caught up with Ernest Greene AKA Washed Out on the eve of the band’s tour for the album Paracosm.

CB: The definition of your new album title, Paracosm, is a detailed imaginary world or fantasy world involving humans and/or animals, or perhaps even fantasy or alien creations. Your video for Don’t Give Up also features many shots of various animals. Where do you draw on all these inspirations from?

EG: I was on tour off and on for close to two years. Our home base was Atlanta — we really wanted to move to a bit more urban area. I really wanted to write an optimistic album. Where we had moved to is surrounded by a lot of animals, plants, and nature. The visuals of all these things really inspired me. I was also influenced by the writings of Harvey Darger, who wrote about kids and their fantasies involving animals, which were described as Paracosms.

CB: Paracosm uses a variety of instruments, a bit of a departure from your last record. What was the process for you this time composing songs with so many different instruments?

EG: I really wanted to get away a bit from the way that I recorded in the past. I wanted to explore different instruments instead of using so much technology. Although the number of instruments wasn’t planned, there’s quite a few. I really tried to squeeze as many instruments as I could into each song. It really made sense at the time to use all these instruments. I used a lot of melotrons which really has a pleasing sound when you listen to it. I was also really lucky to afford some accomplished players to come in and play on the record. One of the musicians was a double bassist who was really good. I really wanted a human touch on Paracosm.

CB: Was it a bit daunting in the beginning moving away from so much technology and using real instruments?

EG: For the first time in a while, I was really excited about music. I feel music is about change. I was thinking, What’s a fresh thing that I can create? What makes sense musically for my personal evolution? Playing the music live was something we’ve really been working on. We have become much more of a band as well. I think that live will be much more interesting to perform as well.

CB: Touching back on what we talked about earlier, you moved back to a small town to write Paracosm. You wrote other albums in smaller towns as well. Do you find it easier to focus in rural areas, rather than being in a big city?

EG: I definitely think so. From a practical point of view, space is so much more affordable. We really need quite a bit of space to record because I really collect quite a lot of gear. Space is much more affordable where we are now. The surroundings are really beautiful and inspiring. There’s also not that many drunk guys (lol) outside yelling all night.

CB: Can you tell me a bit about your visit to The Audities Foundation. How big of a learning experience was it for you?

EG: It was a real pleasure. I was trying to track down certain instruments and stumbled upon Audities. Many of the instruments they have are one of a kind. They have a synth from 1939, which was really incredible. They also have the first Moog proto type, which was so fascinating. Every piece there has an interesting story. I would really love to go back for a visit. The amazing thing is, all the instruments are available to use. I was able to jam, which was a great experience. Today everyone uses Pro Tools or different software. I really love the idea of using different or older instruments to produce new sounds.

CB: Do you have any thoughts on the future of music and technology?

EG: I think the way people listen to music has obviously changed. People listen to way more singles. I’m not sure that people will listen to conceptual albums. I think that people’s taste are much more open these days, which is really good. I think that myself and other musicians will definitely not make the same albums over and over again. I would love to think that we have a lot of interesting music to look forward to.

CB: How does it feel having your song Feel It All Around open up the TV show Portlandia. Do you still get a kick out of it when you watch the show?

EG: It’s pretty great. I mean the most important thing is that it really helped get Washed Out’s music out there. Many people discovered the band through the show. They really used the song quite a bit to market the show. When Fred Armisen approached me, I was pretty cool with the idea. He and Carrie Brownstein are musicians and music fans as well, so that helped as well.

CB: Which five albums are still inspiring you today?

Toro Y Moi – Anything In Return