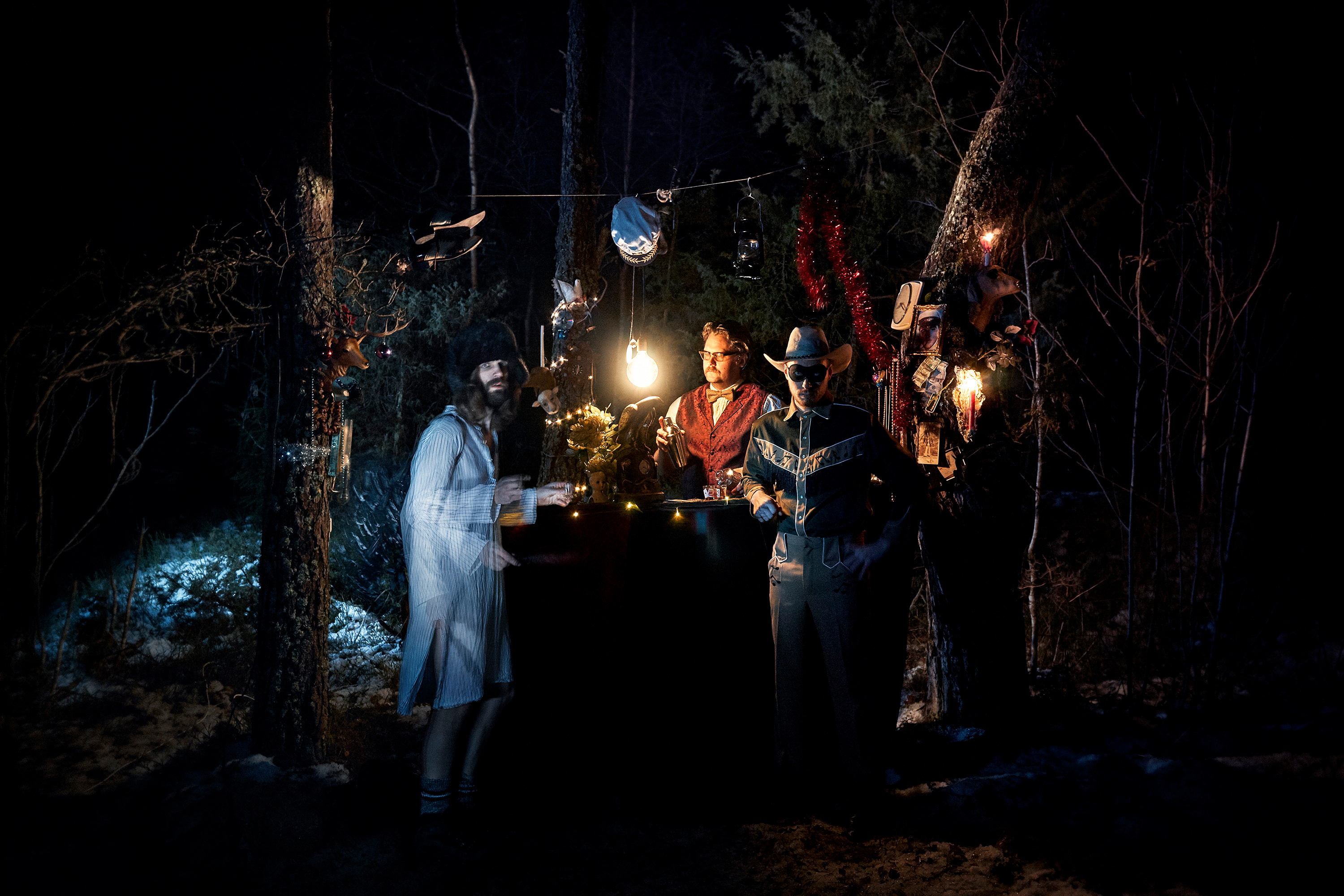 Swedish band Norma was formed in a living room, as the band says, “this way we could sit comfortably, having a glass (or two) of wine and watch a movie inspiration at the same time as rehearsing”. The band was vey influenced by the movies of David Lynch, experimenting with instruments like pedal steel, old organs and synthesizers. After a while, the trio starred rehearsing in a shelter and a bigger, heavier more kraut influenced sound started to grow which resulted in the debut EP “1” in 2007. One and a half years later, the full-length album, Book of Norma was released, followed by the bands second record in 2013 The Invisible Mother.

Today, Norma is sharing the new video for “Spectacular Bid”. The clip gives gives you the feeling of being in the middle of a horse race. Horses are neighing, legs gallop and the legendary horse Spectacular bid is like always-running fast, led by his jockey Ronnie Franklin. “Spectacular Bid” was filmed at Bro Park racetrack outside Stockholm, starring Sweden’s No.1 jockey, Per Anders Gråberg and is directed by Clara Nova Tägtström. The track is now available via Novoton Records.

The idea of making this song came up when Erik was going through belongings from his grandfather and found a picture of a race horse that he remembered from his childhood. In the seventies Eriks grandfather was working in the postal service and in 1978 he saved up for a vacation in the US. During the trip he went to a thoroughbred horse race for the first time in his life, the Young America Stakes in New Jersey where he placed a bet on “Spectacular bid” and won. It wasn’t that much money but enough to be able to stay and rent a studio in New York for one month where he was painting his arts. / Norma