“Nobody Other” by Kadhja Bonet 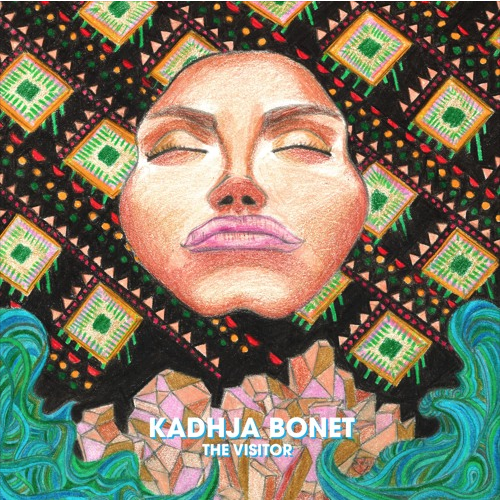 Kadhja Bonet has premiered new track “Nobody Other” on Friday. The song arrives ahead of her debut LP The Visitor, which is slated for release October 21 via Fat Possum/Fresh Selects. On the album, Kadhja – pronounced “kod-ya” – invites us into a world not wholly our own, where past and future meet in a parallel, yet far lovelier, present.

The Visitor opens with an awe you’d expect from the golden age of cinema, somewhere between Cinderella and Barbarella, in its half-mythical atmosphere. “Earth Birth” offers keys and choirs science-fictionally echoing down from deep space. This overture fades and Kadhja’s voice velvetly emerges on “Honeycomb” with a timelessness sending listeners scrambling to find her nearest genre. After running through classical, jazz, soul, folk, and even psychedelia, you find it ultimately impossible to comfortably place her.

Kadhja stays private, if not a little mysterious, about her own life story. She insists that her audience convene with her on imaginative and musical planes, instead of through byword associations with any scene or venue. The Visitor is an opus unpolluted by the mixed advice or overproductions that plague other albums. It plays through like one individual’s lucid dream in what is sometimes an all-too-dreamless musical landscape. Once we hear it, we recognize it as something that’s been harder and harder to find in the last thirty or forty years, though so badly missed. Kadhja has humbly learned from her predecessors while following their signs ever forward.