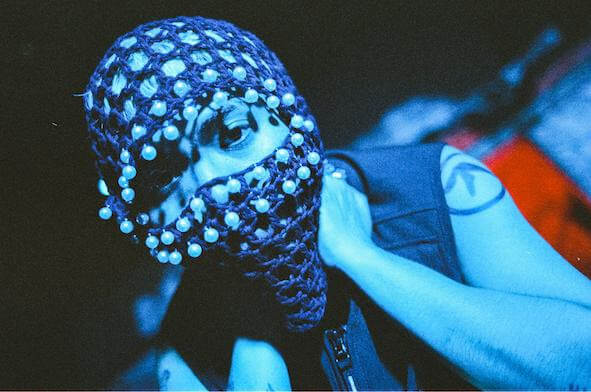 No Rome has dropped his new single “I Want U.” The single, is the second track to be lifted from off his debut album It’s All Smiles, available December 3rd via Dirty Hit. Recorded in a small apartment in No Rome’s hometown of Manila after the pandemic prevented him returning to London, the album was co-produced by Rome with BJ Burton (Kanye West, Bon Iver, Charli XCX) and George Daniel (The 1975). “This is the first song me and BJ worked on – that’s when we knew we were gonna make this album together.

I wanted to do the lyrics more like talking, storytelling almost, painting the picture of what was happening that moment through lyrics.” Originally written in the back of a tour bus in Las Vegas but never progressed beyond a demo, Rome picked the single back up last summer in Manila and this time it clicked.

Guendoline Rome Viray Gomez hadn’t planned on moving back to Manila, where he’d been born and raised, but the pandemic changed things. A festival appearance evolved into an extended stay with his parents, and then Rome, 24, rented a two-bedroom apartment of his own when it became clear he wouldn’t be returning to London, where he’d been living for the last three years, anytime soon. In the extra room he put his drum machines, synthesizers, monitors, and laptop to create the improvised home studio where he recorded his debut album It’s All Smiles, under his moniker No Rome.

Pre-order It’s All Smiles by No Rome HERE