“No Me Gustas, Te Quiero” by The Parrots

Yesterday, The Parrots shared their video for single “No Me Gustas, Te Quiero.” Directed by Hache and shot in Morroco. The Parrots have announced details of the release of their debut album, Los Niños Sin Miedo, which is out on Heavenly Recordings on Friday 26th August 2016.

The Parrots, Diego García (vocals / guitar), Alex de Lucas (bass) and Larry Balboa (drums), are a rock ‘n’ roll band from Madrid who met at university in the city and evolved from the same firmament of like-minded artists, photographers, DJs and musicians that recently spawned the band Hinds – The Parrots’ Diego produced their recently released acclaimed album Leave Me Alone.

They recorded Los Niños Sin Miedo in one week last September down by the sea in Cádiz at the studios of Spanish sound engineer Paco Loco.

“If sometimes I express myself in the wrong terms, because I’m not English, for me it doesn’t matter,” says Diego. “When I first heard Jonathan Richman singing in Spanish, I loved it. He gets it all wrong and that has so much charm.”

Heavenly asked The Parrots to tour with Hooton Tennis Club after seeing them at SXSW last year, and a friendship was born. “That tour was amazing,” says Larry. “All the shows were perfect. So when we finished the album we played it to Heavenly first and they loved it. We decided to join the label, and at SXSW this year, we thought, Let’s do it here. We signed the contracts on top of a pool table in a bar. It was fast and good, and that’s how we like it. Our smiles lasted a week – we’re still smiling. We’re going to be very happy in the Heavenly family.”

Finally, having played a handful of shows at this year’s Great Escape Festival in Brighton, they return to the UK and later in the summer for a run of shows.

8. The Road That Brings You Home 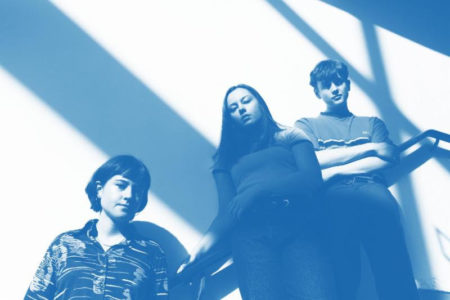