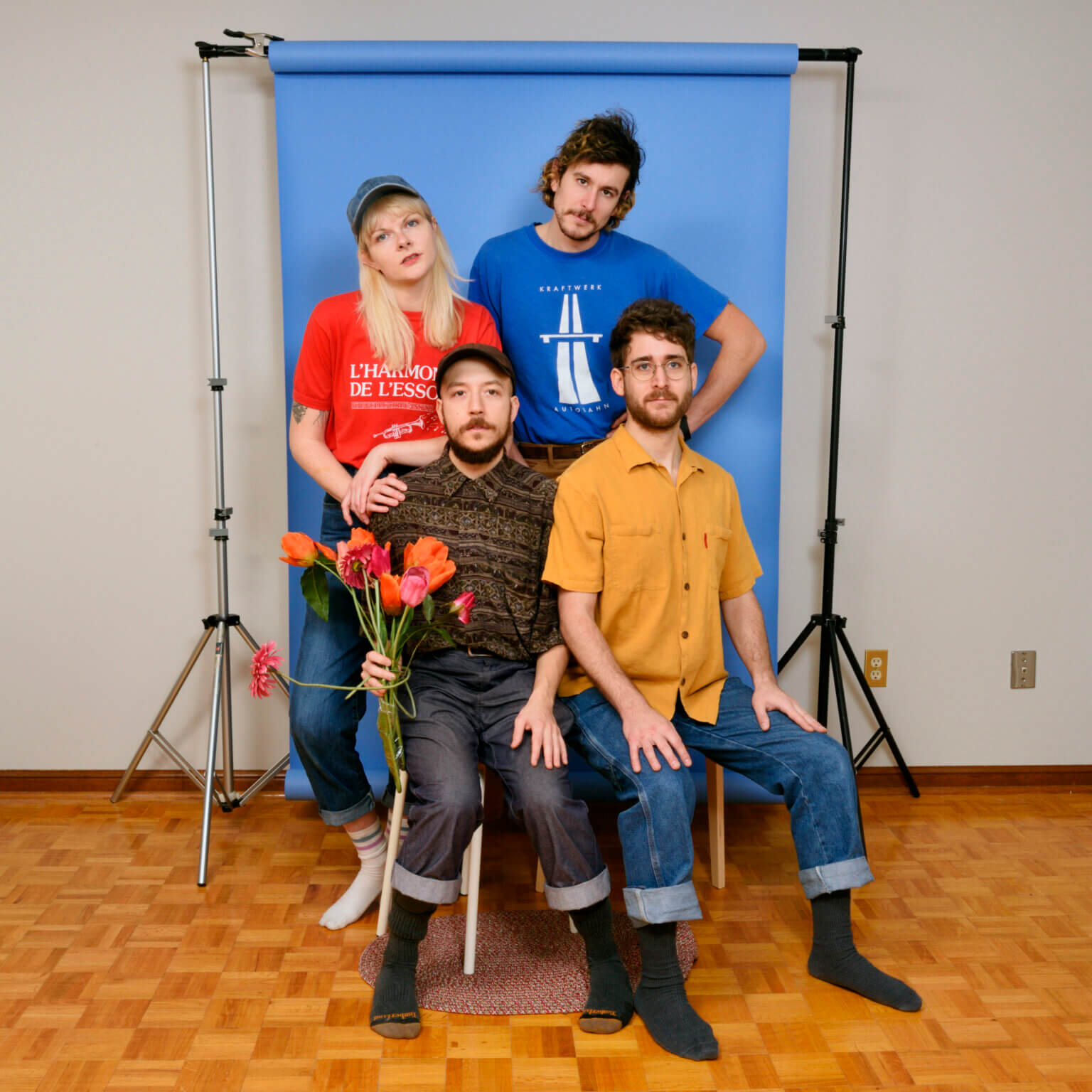 Speaking on the track, songwriter Daniel Busheikin wrote: “‘Darkhorse’ was written after I was fired from a café of the same name (oops!) and is about the carrot dangling in front of our collective faces, promising an ultimate material reward that will always elude us. Basically a more pretentious version of ‘work sucks // I know.'” On No Frills’ debut record, Buskeikin calls himself names. He’s a bummer, a drip, a dog. It’s the latter that was embraced for the album’s title, Downward Dog – a description of Busheikin’s general malaise, and a nod to the yoga position he attempts every morning as part of a positive mental health routine.

When Toronto shut down in the spring of 2020, Busheikin descended into his basement and encircled himself with guitars, vintage synths and a nest of guitar pedals. Six months later, he emerged with fifteen demos and a vague plan.

Given that recording with a full band was no longer on the table, Downward Dog began by tracking only drums and bass to tape in Gavin Gardiner’s (The Wooden Sky) garage-turned-studio. With the digitized stems from those sessions, Busheikin started assembling the album in piecemeal. Bandmates Maddy Wilde (keys, vocals), Jonathan Pappo (drums), Matt Buckerrough (guitar, bass) and Mike Searle (bass) would sporadically drop in to record various riffs and rhythms and provide feedback. In lieu of a sensible engineer or proper recording equipment, Busheikin found himself leaning into bizarre production techniques. To get the ideal right vocal tones, for example, he sang wearing a KN95 mask into a microphone with a toilet paper tube taped to it.