NO CEREMONY unveil remix Of ‘HurtLove’ 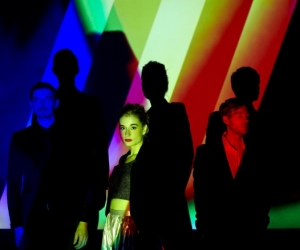 Today NO CEREMONY has shared their remix of ‘HurtLove’.

With their debut LP due later in the summer, the band are announcing  live dates with Crystal Fighters in the coming weeks, taking in a date in London as well as shows across Europe, and dates with Friends in July alongside a headline show at the Trinity Centre. the band is in plans to announce further dates soon.