No Age Interview With Northern Transmissions 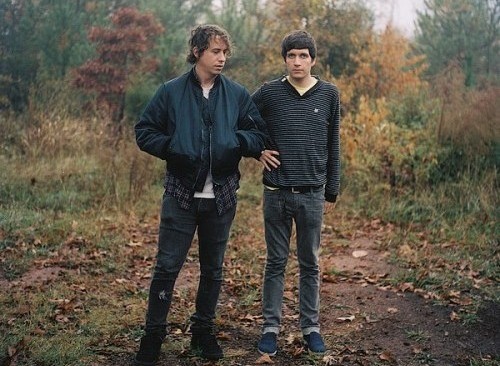 Charles Brownstein caught up with Dean from No Age to talk about their upcoming album An Object, out August 20th.

NT: No Age’s new album An Object is a bit of a departure from previous releases from the band. There is definitely more of a variation in songs and sounds. Do you feel the band has evolved?

DS: We have evolved as people, so I definitely think it has effected our music as well. The album was made at a different part of our lives. I mean, An Object really feels different and exciting to us, kind of fresh as well.

NT: You worked with Facundo Bermudez (wonderful name) on An Object. You’ve worked with him in the past in the studio and live. Is he the unofficial third member of No Age?

DS: Yes, great name (name delivered in a Spanish accent). We haven’t recorded with Facundo for quite a while. He toured the last record with us. We really consider him a great friend. We also trust him so much as a producer; he really knows what we want in the studio. I would trust him with any piece of music that we have worked on. He also gets so much out of his studio equipment. I always wanted a minimal drum sound and he always gets the drum sound down perfectly.

NT: You guys have been putting out vinyl since the beginning days of the band, including limited edition releases and 7’inches. Are you surprised at the amount of vinyl being consumed today?

DS: Well, it always seems like a superior format. When you think about it, vinyl was really the first technology. Sound-wise, it is usually pretty good quality. Vinyl is also something you can hold in your hands, you can appreciate the vehicle that it’s carried in.

NT: The band is really involved in every aspect of making your albums. From artwork to the manufacturing side, pretty DIY in this day and age! How important is it for the band being involved on all levels?

DS: I’ve never been in a band and not have control. The most fun is creating the art and packaging. We were all there for the recording process of An Object with Facundo. People were always asking us when we were going to make a record. That was the big impetus. I really ask and think about the whole process. I also run a label. We have a die cutting machine and we made all the labels for the vinyl and CDs. I think we did about ten thousand in total. We did it all by ourselves. It really is a metaphor for the band. There might be a flaw in the packaging sometimes, but for us that makes it really genuine.

NT: The song “I Won’t Be Your Generator” is one of the catchier songs in the history of the band; it also has a bit of a dark undertone. Can you tell me a bit about the inspiration behind that song?

DS: That track kind of has a funny story. I didn’t want to play drums when we started writing it. I wrote and recorded that song on bass. I recorded a drum beat over Randy’s guitar. The song then just kind of worked it self out. So often people really tend to use and abuse each other. Like sponsorship, in certain aspects. I mean, I don’t have a problem with bands who want to make a bit of money with their songs. So many times we have been approached by companies that want to use our song to sell products, and they really almost never have an interest in the art. That’s the one thing that kind of bothers me. That’s really the inspiration behind the song.

NT: The band has been involved in visual and performance arts as well. Are you guys involved with other projects still? How much does the visual side influence your music?

DS: We just made some collaborative prints in small editions with two other bands Sun Foot and Devin, Gary and Ross. We are touring up the west coast with them to kick off our tour. For me visual and performance art is as important, if not more than music on influencing No Age. Finding inspiration in things non-musical helps me create a framework for making songs.

NT: Which five albums are still influencing you today?

Jimmy Cliff – The Harder They Come 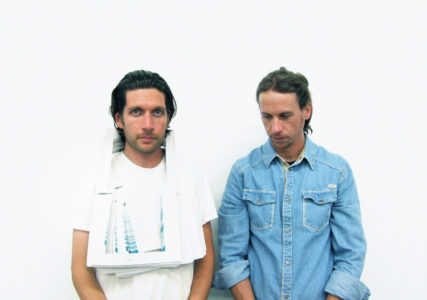 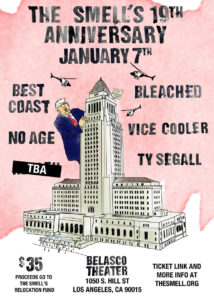 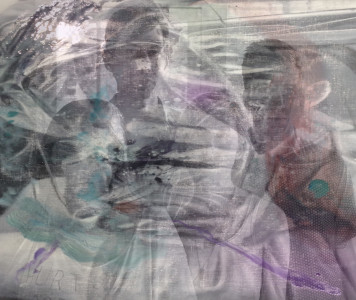