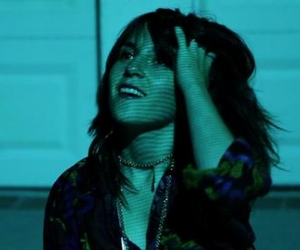 After a slew of tour dates supporting her album One Second Of Love, Nite Jewel releases a brand new video for the album’s opening cut, “This Story.” Since the start of 2013, the Jewel has paired down her sound and touring party significantly, traveling solo through the US and Europe, with both headline dates and opening slots for the likes of the XX and Bat for Lashes. Video for “This Story,” directed by Emily Kuntz, bolsters this new found singularity through the simple patchwork imagery of Ramona singing karaoke to her very own song in Los Angeles’ Koreatown. Both self-effacing and self-aggrandizing, thus is the Nite Jewel message.