Mexico City band Rey Pila share the music video for “Ninjas.” Directed by filmmaker Nina Ljeti (James Franco’s Memoria) and colorized by Warren Fu (The Weeknd, Daft Punk, HAIM), the video involves a ninja’s plan to stealthily put an end to an enemy, but that plan has gone awry. Watch the video HERE.

The band’s Julian Casablancas-produced EP Wall of Goth is out now via Cult Records and features an intoxicating mix of pulsing synths and charged up riffs. “It was a lot of fun working on the songs with the guys. They are an awesome group of dudes, and I think the EP turned out pretty awesome,” Casablancas notes of working on Wall of Goth.

Rey Pila will hit the road this summer, including an NYC show at Baby’s All Right on July 13th. More dates to be announced soon. 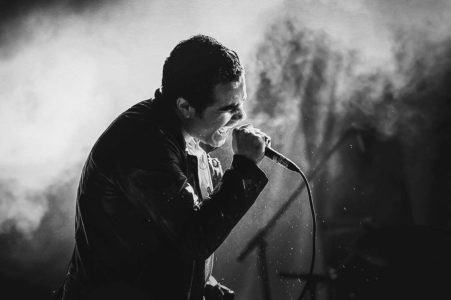