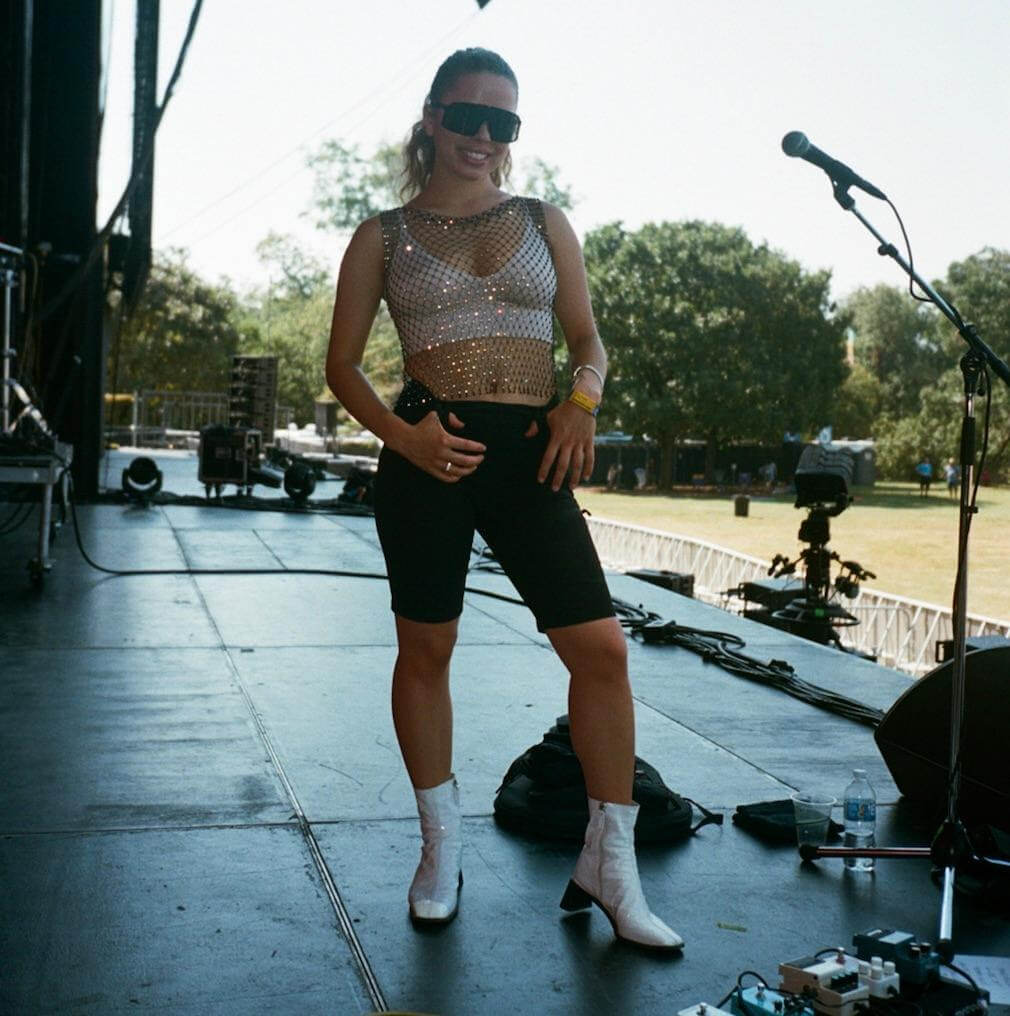 Nilüfer Yanya' "7.5093.”
Share on TwitterShare on PinterestShare on PocketShare on RedditShare on FacebookShare on Email

Singer/songwriter Nilüfer Yanya’s current release Feeling Lucky?, dropped last month. Today, the London-based artist has shared a new video for “Day 7.5093.” The video was shot by Molly Daniel and features touring and live footage. “I don’t have a habit of writing much when touring but with ‘Day 7.5093′ I can remember starting to write the first couple lines in a hotel bathroom so it made sense to use some of the footage from that year,” says Yanya. “It’s hard to know what you’ve got until it’s gone which is why I’m trying to enjoy this moment too, but travelling and playing shows is something I’ll never take for granted again! I’ll be back touring new music as soon as it’s possible, and next time we’ll film more.” Feeling Lucky? is the follow up to Nilüfer Yanya’s debut album Miss Universe.

Feeling Lucky? by Nilüfer Yanya is out now via ATO Records