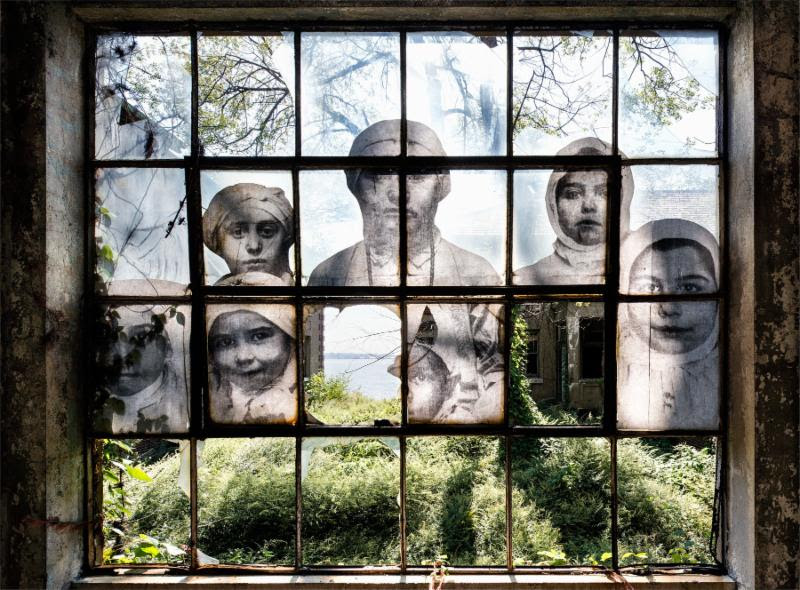 French director JR tells the story of Ellis Island, the former emblem of the United States’ immigration policy and now a crumbling, abandoned shell of itself, in the film Ellis, with narration by Robert De Niro and music scored by Nils Frahm and Woodkid. The soundtrack comes out on July 8th via Erased Tapes. All proceeds from the record go to the Sea Watch initiative, a non-profit charity dedicated to the protection and rescue of civilian refuges.

The film comes at a critical time for the United States as it questions and re-approaches its immigration policy, with the public and US policy standing at a socio-political crossroads headed into a charged presidential election this Fall. Ellis Island, a former beacon of hope, new beginnings and the first taste of the American Dream for countless immigrants beginning their journey there, now stands crumbling, decayed and forgotten in the shadows of the past.

All proceeds from the record go to the Sea Watch initiative, a non-profit charity dedicated to the protection and rescue of civilian refuges.

The film score, which was composed by Woodkid and performed & co-written by Frahm, features two pieces, “Winter Morning I” & “Winter Morning II”. The first piece is instrumental, while the second piece features the narration of De Niro taken from the film.

“The opportunity to work on JR ́s fantastic short film ELLIS came through my good friend Yoann aka Woodkid. We agreed on recording the piano parts in my studio in Berlin and so it happened that JR and Woodkid were guests at Durton studio on a wonderful late summer day in 2015. We managed to record all the crucial elements that day. The music fell in our laps and melted with the images: a wonderful experience. The film has stuck in my head ever since; it moved my heart and changed my soul.

A couple of weeks later I had to cancel a trip to Brussels because of a terror warning; all events got cancelled and I stayed home, having an unexpected day off. I felt rather depressed that day, thinking that the Europe I knew was already gone. I sat down at the harmonium, listened to Robert De Niro’s voice and played for the rest of the day. The result is ‘Winter Morning II,’ the B-side of the ELLIS soundtrack release.

Robert says it all in 17 minutes. We are not facing a refugee crisis. We are facing a crisis because we do not embrace, we do not sympathise and we cannot give up fear. Art can encourage so I hope this project will help fight the fear in all of us.”

“Ellis is my second collaboration with JR after the New York City Ballet piece for Les Bosquets. I initially wanted this piece to sound like it was recorded on an old piano that we found in the ruins of Ellis Island, in the restricted area that is not open to the public, where JR pasted the pictures on the walls for the film Ellis.

I had worked with Nils before and I wanted him to create a sound for this piano part that I composed that was extremely gentle and organic. I wanted the listener to hear the mechanisms, the breathing of the instrument. I wanted it to be imperfect, to sound like a ruin, a trace, an echo, the way the pastings on the walls seem to be ghosts, almost imperceptible.

After a few rehearsals, Nils stripped down my piano parts and we removed almost all orchestration around the piano. He then worked on the extended version that is his interpretation of my piece, with Robert de Niro’s vocals. Because this film and this recording is historically meaningful, it was important for us to create this piece as an echo to the immigration situation in Europe, and decided to release it in support of Sea Watch.” 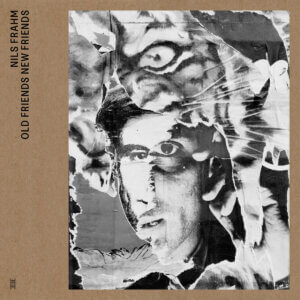 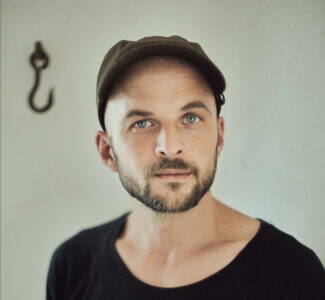