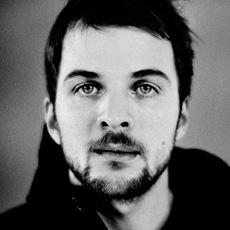 Berlin-based pianist Nils Frahm has build a steady reputation in the electronic and modern classical world. Known for his passionate ‘punk rock approach’ to the piano which sees him perform with one hand on the grand or upright piano, the other on a Fender Rhodes or Juno synthesiser, Nils creates a unique combination of sound that is both hypnotic and intimate, which resulted in numerous invitations to bring his unique blend of acoustic and electronic sounds to Boiler Room, Decibel, Mutek and Primavera Sound Festival.

After his first solo piano works Wintermusik and The Bells, Frahm released Felt to much critical acclaim in 2011, where he invited fans to put on their headphones and dive into a world of microscopic and delicate sounds – so intimate that you could be sitting beside him. The album was followed by the solo synthesiser EP Juno and Screws.

Known for his unconventional approach to an age-old instrument, Frahm’s contemplative, intimate approach has won him many fans around the world including Thom Yorke of Radiohead and Kieran Hebden aka Four Tet.