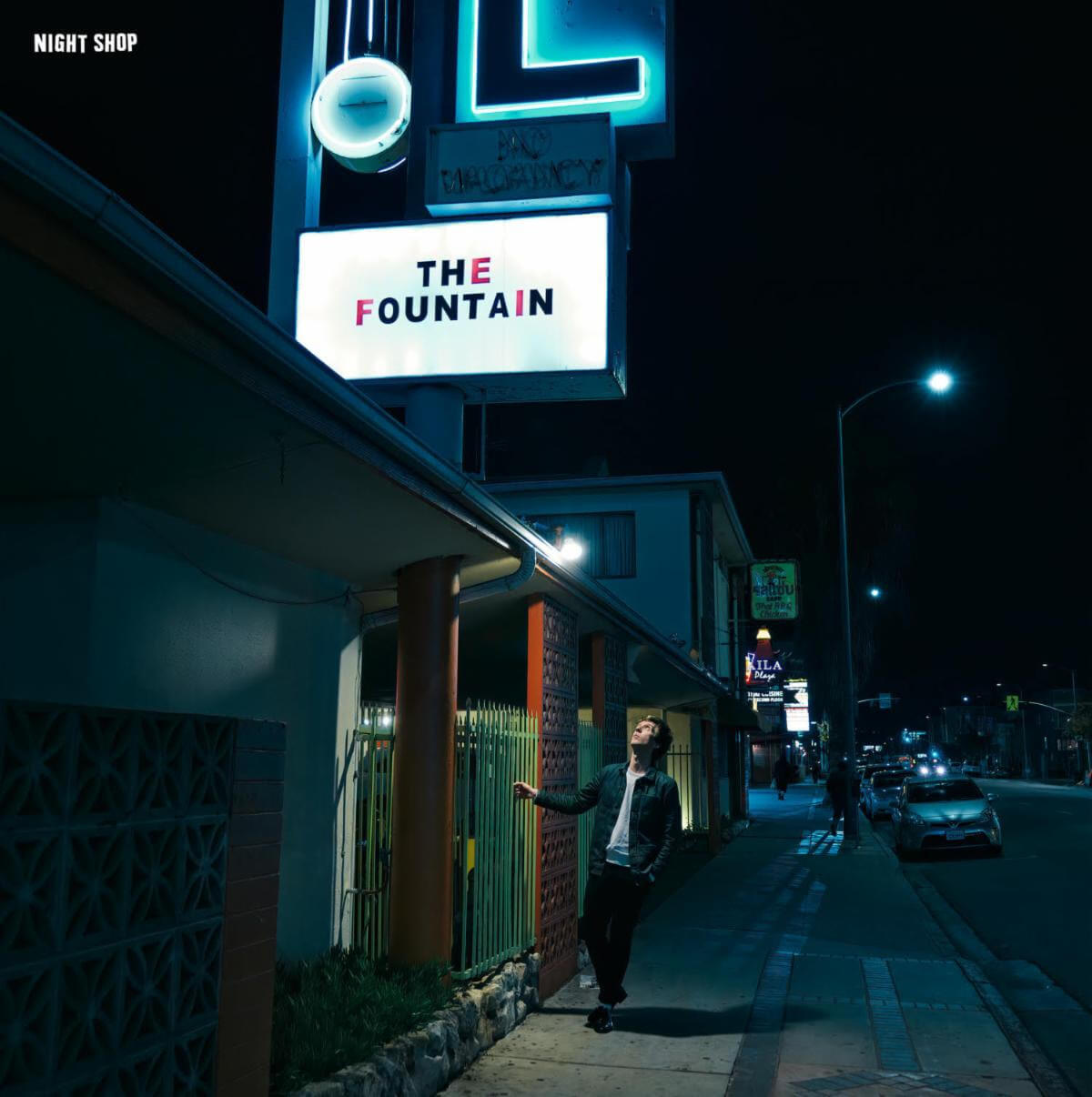 Justin Sullivan (Flat Worms, Kevin Morby, The Babies), AKA: Nightshop has shred new single “In The Twilight Sun.” The track is a duet with Katie Crutchfield of Waxahatchee and also features Meg Duffy of Hand Habits on guitar and Jarvis Taveniere of Woods on bass. “‘In The Twilight Sun’ is a song about aging and platonic love, figuring out what to let go of and what you want to bring with you as you move through life,” says Sullivan. “Katie has been a dear friend of mine for a long time, through many different music scenes and eras, and she continues to inspire me with the way she navigates that process of loss and growth. So, I’m really grateful that she wanted to be involved with this song, along with my other deeply talented friends, to make it what it is.”

The Fountain is a collection of six songs. It was supposed to be a full length record until it wasn’t. “As the songs took shape, I realized that there was something cohesive going on with a smaller batch,” Sullivan says of the genesis of the EP. They were populated with the people, places, and experiences that had come to form the foundation of his life after 20 years spent as a touring musician. All of them were love songs, a catalogue of the complex intimacies of friendship. These other relationships that make us, challenge us, and keep us alive. “What does a punk song about friendships look like 20 years later?” Sullivan asks. “Probably a little slower, a little softer, and a little more melancholy.”

The Fountain is made up of friends and collaborators bringing the songs to life. The EP features Katie Crutchfield (Waxahatchee) on backup vocals, Meg Duffy (Hand Habits) on guitar and bass, Sofia Arreguin (Wand) on piano, Jarvis Taveniere (Woods) engineering and playing a host of instruments, Anna St. Louis on backup vocals, Tiffanie Lanmon (Jess Williamson) on drums, and Flat Worms bandmates Will Ivy and Tim Hellman on guitar and bass.