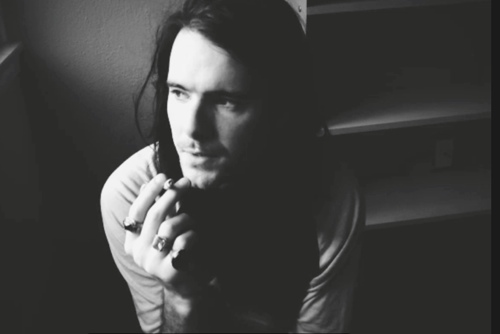 NiGHTMARE BOY is a solo outfit from one Barrie-James O’Neill. His new music video for the track “Chivalry is Alive and Well and Living in Glasgow” premiered today and is directed by Joe Rubalcaba, featuring the actress Holly Marilyn Solem from the television show “Hand of God.”

Barrie was born and raised in Glasgow, Scotland on a steady diet of Black Sabbath, The Sensational Alex Harvey Band, Harry Nilsson, and solo-era Lennon. His mid-teen years were dominated by Kurt Cobain and Jim Morrison.

In early 2014, Barrie abandoned the dreary and frigid skies of Glasgow for the rain deprived landscape of Los Angeles. He quickly embedded himself within the mythical streets of L.A., armed with an upright piano, fuzz pedal, and penchant for a dark and hook-laden body of work.

This past summer and fall, he enlisted UK based producer Jim Abbiss (Adele, Arctic Monkeys, Kasabian, Bjork) and Rob Schnapf (Elliot Smith, Beck, Guided by Voices) to join him in Los Angeles to co-produce NiGHTMARE BOY’s self-titled debut album. The single “Chivalry is Alive and Well and Living in Scotland” is also available to hear below.

His frequent collaborator and ex-girlfriend Lana Del Rey makes an appearance on the new album as well in a track called “Riverside.” This song won’t be the first time these two have worked together since Barrie co-wrote the track “Brooklyn Baby” which appeared on LDR’s work Ultraviolence. The duo also collaborated on a duet of the song “Summer Wine,” made famous by Lee Hazlewood and Nancy Sinatra.