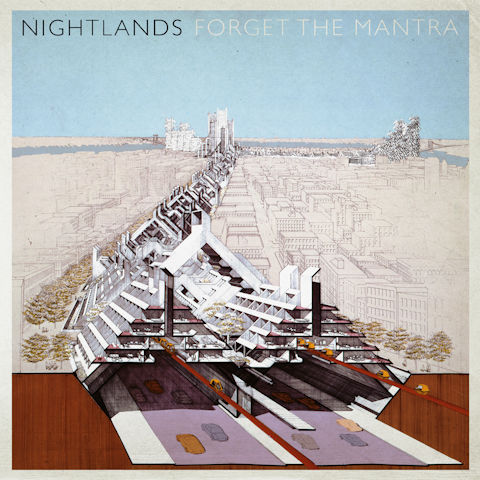 Nightlands, aka Philadelphia’s Dave Hartley, releases sophomore album, Oak Island, next week on Secretly Canadian. Throughout Oak Island‘s 10 songs about sadness and love, each distorted, silver-voiced melody is wrapped in the warm sounds of 70s AM gold – plucked acoustic guitars, trumpets, dulcimers and hand percussion – resulting in the faded feelings that tide in and out of you when conjuring the past. Nightlands proves through Oak Island‘s individuality and confident vision that this is not merely a simple side project, but a creation that stands on its own.

When not backing John Cale on late night TV, owning it on bass with The War On Drugs, landing new high scores among the pinball elite throughout Philly or scribbling deep thoughts on the NBA for a variety of outlets, Dave has been hard at work on the new Nightlands live show. Nightlands will tour North America this March with Efterklang. Dave will play electric 12 string guitar and will be joined by the inimitable Eric Slick on trap kit, Eliza Hardy Jones on Wurlitzer and Jesse Moore on synth.