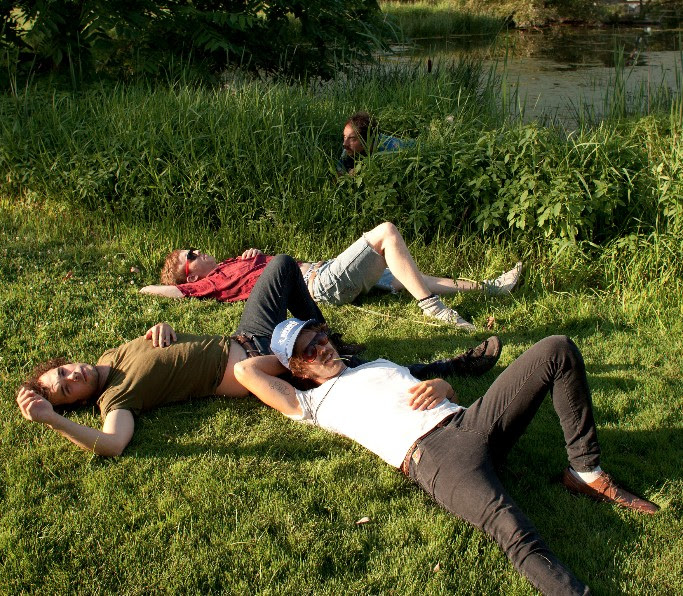 New Swears have premiered a video for “Brand New Spot,” the A side of the Brand New Spot/Sugar Heavy Metal 7 inch, which will be released by Dine Alone Records on November 4th. The 7 inch is the first release from New Swears since their 2014 LP Junk Food Forever, Bedtime Whatever.

Since the album the band have been hard at work, initially in their shared home, the semi-legendary Ottawa DIY venue known as The Fun Boy Club House (RIP), writing a new collection of songs that will comprise the next LP. “Brand New Spot” hints at the direction the album might take while providing a succinct introduction to New Swears individual charms, delivering a densely packed collection in a brisk 2 and half minutes, that touches on subjects like stealing mom’s liquor, avoiding the cops, teenage love and the paralyzing pull of nostalgia.

In support of the 7 inch New Swears will be playing release shows in Toronto, Montreal and Ottawa, the details of which can be found below.