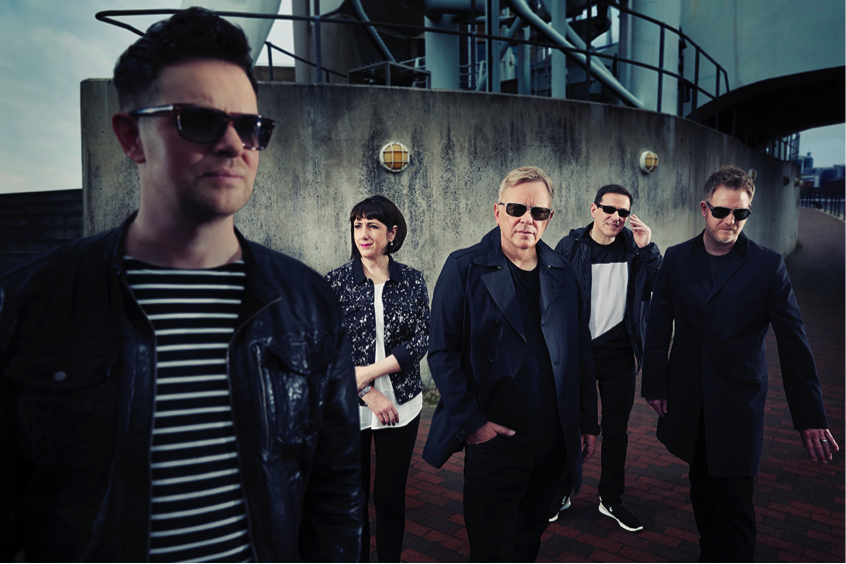 New Order has announced “Tutti Frutti” as the second single to be taken from their new album Music Complete. “Tutti Frutti,” featuring Elly Jackson aka La Roux on guest vocals, and has now been given the remix treatment by longtime fans, Hot Chip. Listen to the Hot Chip remix, below.

Hot Chip’s remix is one of the first contributions to a brand new site, Singularity, which will collate homages to New Order from artists across all disciplines, honoring the band’s unique influence on creativity.

Singularity will build over the coming months with new regular updates. In addition to Hot Chip the launch will also feature contributions from Will Broome, Algiers, Factory Floor, and Robert Smith. These very personal reactions to the band showcase how New Order not only defined an era, but how they continue to do so.

The illustrator Will Broome is possibly best known for his work with Marc Jacobs and has collaborated with Gucci, Missoni, Topshop and English fine porcelain maker Wedgewood. The illustration he created for Singularity was inspired by Blue Monday’s sleeve artwork.

Since releasing their self-titled debut album in 2015, Algiers has built a reputation as a formidable live band and political tour de force with a sound described as “dystopian soul.” Their contribution to Singularity is in the form of an essay, while Robert Smith from The Cure has compiled a playlist of New Order songs that have been important to him over the years.

Factory Floor first came into contact with New Order through a letter addressed to “Stephen Morris, Macclesfield.” The package arrived and since then members of both bands have collaborated on several remix projects. Here Factory Floor reworks an excerpt of a session with Stephen Morris and writes about how the band has influenced them.

Stay tuned to Singularity in the coming months for many more exclusive pieces of content from across the artistic spectrum.

Additionally, New Order has announced headlining performances at Clockenflap Festival in Hong Kong on November 29th and The Warehouse Project in Manchester on December 5th and 6th.

The Horrors have been confirmed as special guests for both London Brixton Academy shows, Jake Evans and Hot Vestry share the support slot for all the other UK and European dates. Mute’s Daniel Miller will DJ at the Berlin show, Jon Dasilva will DJ at the Stockholm show and DJ Tintin will be on other European dates of the tour.