fish narc is sharing a new single and video. “NEW MEDiCATION” arrives with an aptly-surreal visual directed by Bryan M. Ferguson that finds fish narc slowly spiraling in a hospital. The track is the latest taste from fish’s forthcoming album WiLDFiRE. The full-length is due out on on May 15th via GothBoiClique Records.

Born and bred in Seattle’s DIY punk scene, fish narc had no intentions of creating hip hop until Lil Tracy discovered loops on fish’s laptop and sang over them. This avant-garde approach to hip hop drew fish narc to the genre and would lead to his joining GothBoiClique at its inception in 2015 alongside Lil Tracy, Horse Head, Wicca Phase Springs Eternal, Mackned, Cold Hart, and the late Lil Peep. It was during this transformative time period when fish narc solely produced the 2017 Goth Angel Sinner EP with Lil Peep, which is currently slated for posthumous release. 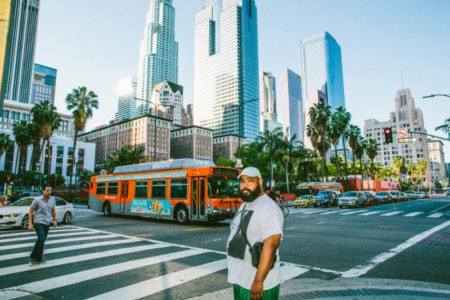