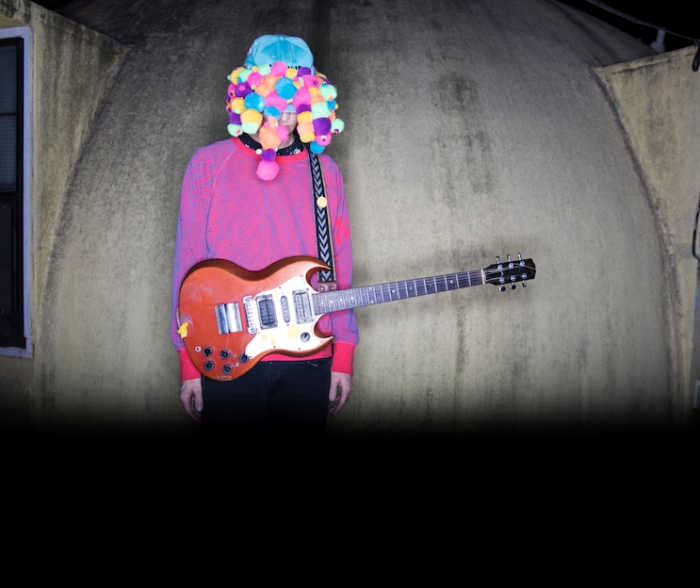 New Fumes AKA: Daniel Huffman from Dallas, TX. A noise musician and visual artist, Huffman has lent his talents to a multitude of diverse bands. He was a member of the 90s space rock outfit Comet as well as the Bitches Brew-loving improv group Ghostcar, and was a touring guitarist for the Polyphonic Spree, and TOBACCO. He’s been part of the touring entourage for and a collaborator with the Flaming Lips, and performed with them when they broke the Guiness World Record for most shows played in a 24 hour period. Teeming 2 features Wayne Coyne of The Flaming Lips and members of Def Rain.

Huffman also creates vinyl records. by coming up with his own process for pouring records by mixing colors so each piece is an individual with its own effect.

Teeming 2 is the sophomore album from New Fumes. It falls somewhere in the zones of offbeat electronic and colorful weirdo rock. Mostly recorded in a Monolithic Dome surrounded by crack houses in Dallas, Huffman spent five years recording his new album. In New Fumes’ words “To me, Teeming 2 is a marriage of analog and digital worlds. A tuneful collage of gooey nature and rigid machines, where voices seamlessly become synthesizers, become guitars, becomes orchestras, and back again.

The lyrics contain fragments of real life stories and apocalyptic dreams, blended together in much the same way as the sounds on the record. The intent is to take the listener on an unsettling, yet, not humorless or depressing , journey through a rich, subconscious world , teeming with sounds and visions.”