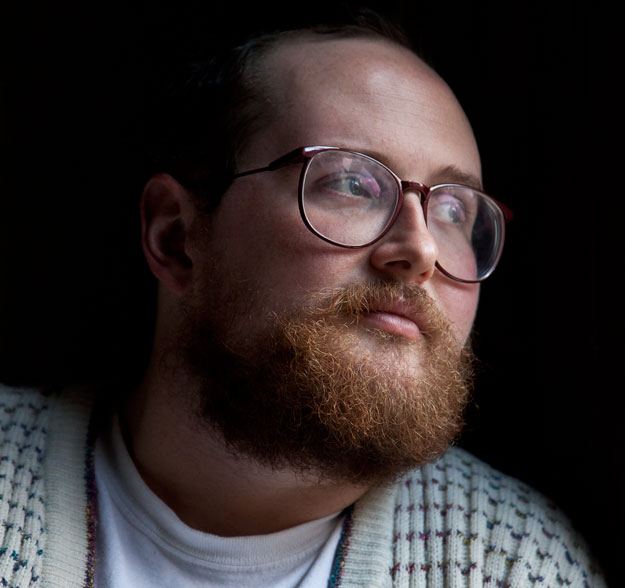 Due to an illness in Animal Collective, Dan Deacon had to reschedule his support dates (which you’ll find below). In addition he has announced new European dates which includes stops at Primavera in Barcelona and ATP curated by Deerhunter in Camber Sands, UK. Deacon has also been added to the lineup of Firefly and Camp Bisco US summer festivals.

Tonight he’ll be attending the performance of the world premiere of his commissioned piece ‘Sago An Ya Rev’ alongside other artists such as Tyondia Braxton, Johann Johannsson, for the Bang on a Can People’s Commissioning Concert  as part of the Ecstatic Music Festival in New York City. Rooted in a slow textural morphing transcription of a NASA Voyager recording, ‘Sago An Ya Rev’ is a
dark-ambient drone for clarinet, percussion, piano, electric guitar, cello and double bass.. In addition, audience members with smartphones will be asked to join the performance using the free ‘Dan Deacon App.’ The app uses custom software to synchronize all of the phones in the hall, turning the audience into a spatial light and sound source to accompany the performers.”
Deacon recently announced a “Konono Ripoff No. 1″ limited 7″ (500 hand-numbered worldwide) for this year’s Record Store Day. The song has been a fan favorite of Dan Deacon’s recent live shows and the 7″ features two versions of the track as performed by two sets of dual drummers. The cover photo for the 7” was take by the winner of the crowd sourced Dan Deacon America Instagram contest. Find out more information and see the gallery of submissions here: http://dandeacon.com/america

Shot over a three month tour this past autumn, the time-lapse based ‘Guilford Avenue Bridge’ video captures not only the American landscapes that inspired Deacon’s songwriting for his most recent album America but also gives a glimpse into his shows renowned spectacle of hundreds, even thousands, of jubilant people dancing about in coordinated movement. With the addition of his groundbreaking smartphone app which the band recently used on their network television debut performance on Jimmy Kimmel Live, Deacon has taken the concert experience to a whole new level.