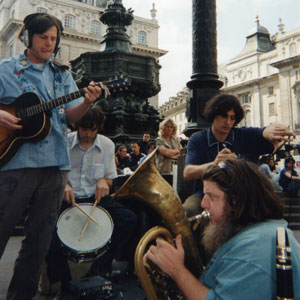 Neutral Milk Hotel has finally decided to get back together. The band has announced a handful of dates on their website.

The band featuring Jeff Mangum, Scott Spillane, Julian Koster and Jeremy Barnes has plans for five shows in 2013, two of the shows will take place in their hometown of Athens, Ga. followed by stops in North Carolina, Taiwan and Japan. Elf Power, Half Japanese and Daniel Johnston will open on selected dates.

Tickets for the band’s Athens shows go on sale Friday (May 3) on their website. A portion of the ticket sales profit will go to the charity Children of the Blue Sky.