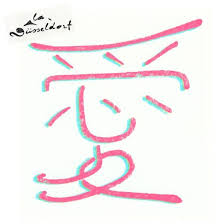 Although Neu! multi-intrumentalist and onetime Kraftwerk drummer Klaus Dinger passed away in 2008, some of his unreleased late-career work may at last see the light of day. On March 25, Berlin-based Grönland Records will release Japandorf, the final installment in a trilogy of unheard album-length excursions helmed by Dinger — who’s also made albums as La Düsseldorf — backed by a cast of Japanese experimental musicians. These 12 songs were mostly recorded from 2000 to 2006 with help from his partner Miki Yui and musician Kazuyuki Onouchi.

“The album contains songs which Klaus had in his mind for a long time but were previously unreleased as well as totally new songs which emerged through the process of working together,” explained Yui (via Exclaim). She and Onouchi finished mixing the album — “a long and winding road” — in 2010. “Klaus worked seriously but joyfully, patiently and carefully on the album, because he knew that such extraordinary experience and challenge enriched the Japandorf artists’ lives and the results; the music is for the future generations of listeners to enjoy.”