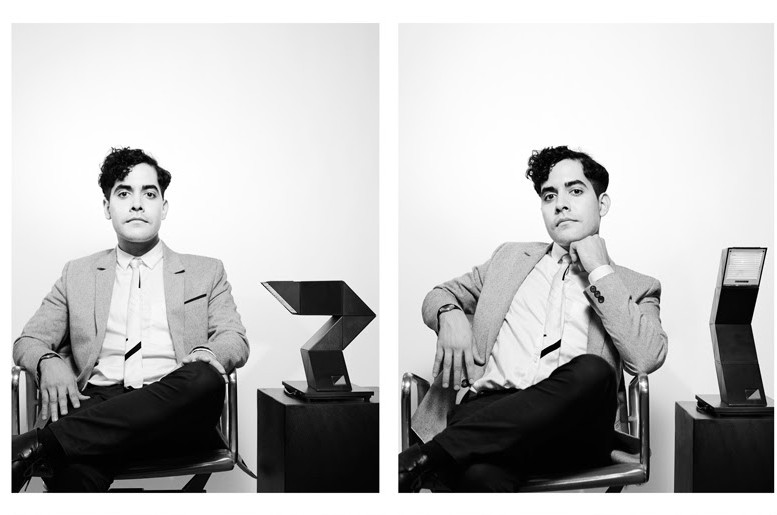 Neon Indian (aka Alan Palomo) is releasing VEGA INTL. Night School, the follow up to 2011’s Era Extraña via Mom + Pop on October 16. The latest single from the album, “The Glitzy Hive”, premiered earlier today. The band has also announced a performance of the song “Annie” on The Tonight Show Starring Jimmy Fallon on Monday, Oct. 12. The band hits the road again the next day with a show at the 9:30 Club in DC, followed by a very special CMJ performance at Webster Hall on Oct. 14 featuring an exclusive light show from the same team that produced Amon Tobin’s ISAM tour.

The album was conceived during a period of aesthetic reinvention for Palomo, as he retooled the low-fi and spontaneous writing style he’d developed as Neon Indian by incorporating elements of the cleaner production values and dance oriented approach of his previous recording moniker VEGA, ultimately merging the two into one fast lane. Developed over a four year period, the album brims with funk-centric guitar lines, pronounced Balearic rhythms, and the most elaborate songwriting of his career.

Composed and recorded in a variety of locations including, but not limited to, the cabin aboard a cruise ship, DFA’s Plantain Studios in New York, a practice space in Austin, Ben Allen’s studio in Atlanta, and mixed in Brooklyn with Alex Epton (XXXchange). Upon its completion, Alan noted “most of what I’ve learned about human nature in my twenties has happened after dark. People are just kind of more honest then. More deliberate. I like to call the places I go to Night Schools.”