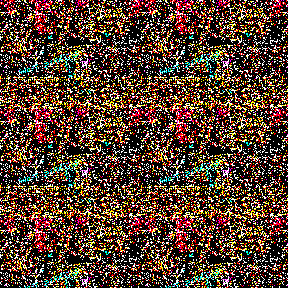 A year and a half after releasing Era Extraña, Neon India (aka Alan Palomo) has now given his blessing to five artists to rework their favourite tracks off of his 2011 release in ERRATA ANEX. ERRATA ANEX is an anagram for Era Extraña, and like the title, the five songs on the EP are all remixes of Neon Indian’s original creations. All of the artists featured on the EP were handpicked by Alan Palomo, and include Optimo, Boyd Rice, Patten, Actress, and Twin Shadow. Overall, the EP will be a must-have for the Neon Indian die-hards, however there is little here that would qualify as a necessity for the casual fan.

The first track to be remixed is “Polish Girl” by Glasgow duo Optimo, who manage to practically double the length of the original track. The remix sounds like an entirely different song, however retains that danceable synth-party feel. The Scottish DJs succeed in putting their stamp on the song, and it provides one of the more addictive hooks on the EP.

It must have been a heavy compliment for Alan Palomo to have Boyd Rice (known as NON to many) agree to remix one of his tracks. As one of the pioneers of noise experimentation throughout the 1970’s and 1980’s, Boyd Rice has been an inspiration to all of the artists involved in the electronic music scene rebirth over the past decade, including Neon Indian. Rice reworks “Halogen (I Could Be A Shadow)” on ERRATA ANEX, however fails to retool the song to the extent of others on the EP. Boyd Rice layers the track with his trademark electro-fuzz, however the song simply sounds like it was put through a “Boyd Rice Fuzz Filter” rather than sounding like an entirely new creation.

DJ Patten is well known for his electro-house mixes, and as expected, he transforms “Heart Release”, one of Era Extraña’s most laid back tracks, into a club jam. The original song barely crosses the two-minute mark, however Patten manages to mould it into a six-minute long Euro-house epic. The song does get repetitive after about the three minute mark, but Patten should be lauded for completely reworking a forgettable Neon Indian track and making it into his own.

The remix of “Blindside Kicks” retains more of Alan Palomo’s untouched vocal track than the other songs on the EP, but Actress does away with everything else that Neon Indian incorporated into the original. Actress (known to his friends as British electronic musician Darren J. Cunningham) produces a haunting skeleton of what the song once was, focusing solely on Palomo’s voice and a subtle backing beat. The bareness of the remix makes for a very interesting listen, however “Blindside Kicks” was one of the more upbeat and psychedelic tracks off Era Extraña, and sometimes great songs should be left untouched.

The last track on the EP is “Hex Girlfriend”, rebirthed by Twin Shadow. If one was to purchase only one of the remixes featured on ERRATA ANEX, this should be it. This remix is different than any of the others as it wasn’t merely edited on a computer, but instead Twin Shadow has layered the song with new guitar and percussion parts. Most remixes tend to “synth-afy” songs, but in this case, Twin Shadow removed many of the electronic/psychedelic aspects of the original and turned it into a fully fleshed border-line New wave rock song, which manages to trump the Era Extraña version.

ERRATA ANEX is a fun listen and is most appreciated when the remixes are played alongside the originals. There are many different moods present for such a short EP, and some songs (Blindside Kicks) can be great to listen to when wanting to lie back and relax, while others can serve as the energizers for any type of party (Polish Girl). The EP is great to listen to in the moment, however most of the tracks are forgettable once the speakers are turned off, and there will be few out there who will leave with these songs stuck in their heads. It is hard to make a remix better than an original song, and Neon Indian fans will prefer sticking to Era Extraña, but for those intrigued by the idea of their favourite album tracks reworked, then it is highly recommended to take ERRATA ANEX for a spin.