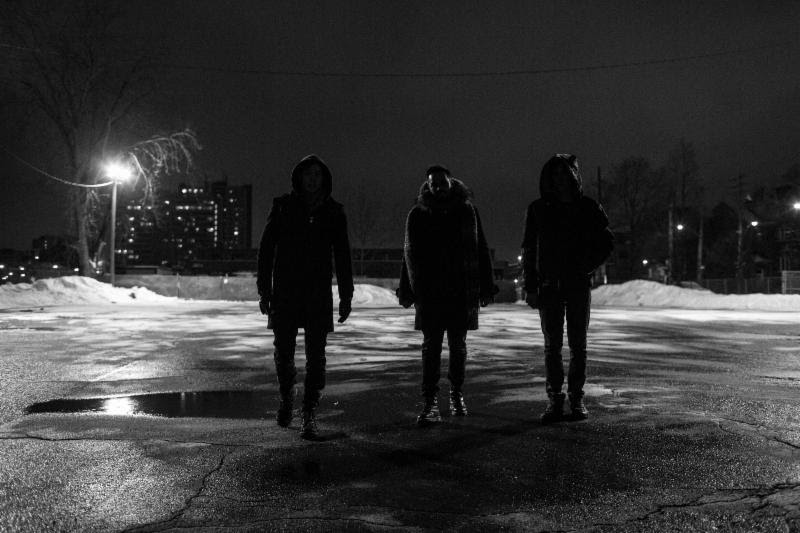 Odonis Odonis on “Needs”: “‘Needs’ is the song that caused our band to snap, let go of the past and progress as something new. The world is quickly becoming a cold place to live. Narcissism has reached an all time high. This song confronts this new climate. How far are you willing to go at someone else’s expense? When communication is no longer face to face it gets easier to step on people on the way to the top.”

Post Plague inhabits that impending reality of synthetic experience which forces us to realize what we are: vulnerable, frantic creatures yearning for an authentic present / future. Jeff Goldblum, in the acclaimed motion picture The Fly, reminds us that we must take a “deep penetrating dive into the plasma pool,” and take stock of ourselves before we lose something profound.”

Something that may be necessary to ward off a pending anthropogenic apocalypse. Recognize and take pleasure in our fucked up place in time as we have so many new worlds possible at once.