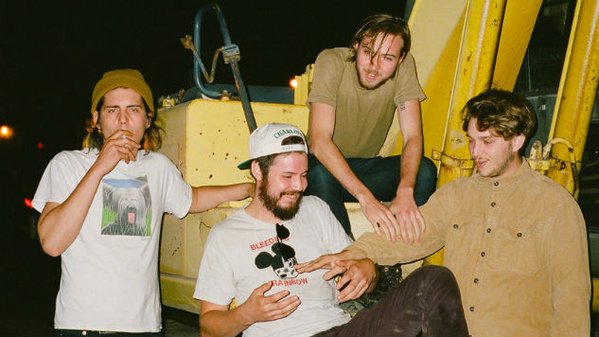 Chicago band NE-HI have announced, they have signed with Grand Jury. The label, home to (Chicago mates) Twin Peaks, Mothers, Esmé Patterson, Day Wave, and more. While their Grand Jury debut is still on the horizon, today they’ve shared a new song called “Buried On The Moon.” “The song is about being in limbo while doing something you love,” says the band. “Things aren’t as simple as they used to be and that’s exciting, but that also comes with doubts. It’s also about getting older and feeling some regret, while still reaching for something you have drive and passion for. It’s kind of a reflection on the last year or so being in this kind of creative teenagedom.”