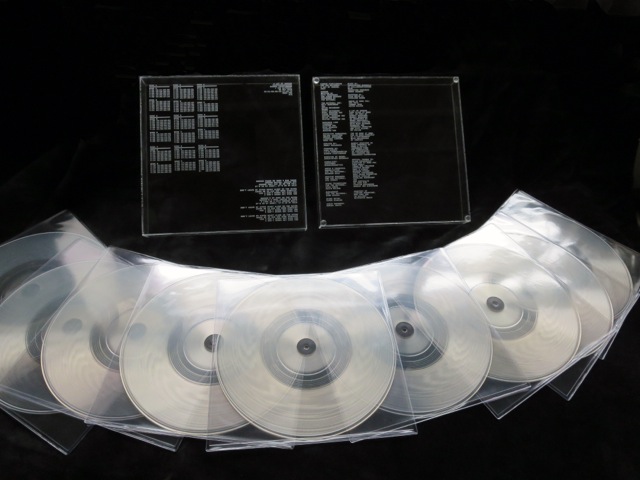 On May 5, 2013 The National collaborated with Icelandic artist Ragnar Kjartansson on A Lot of Sorrow, a durational performance presented as part of MoMA PS1’s Sunday Sessions. Kjartansson, who often uses repetitive performance to explore collective experience and emotion, invited The National to play their three-minute, twenty-five second song “Sorrow” live on stage, repeatedly and continuously, for six hours. This incredible feat of endurance has become legendary, and the audio recording of the performance will be released as a limited edition 1,500 run vinyl boxed set by 4AD on June 22, 2015.

Featuring nine pieces of clear vinyl in clear sleeves held in a translucent, screen printed box, A Lot of Sorrow is now available for pre-order and will cost $150. All profits will be donated to Partners in Health, an organization dedicated to improve the health of impoverished people worldwide.

Kjartansson, b. 1976, lives and works in Reykjavík. In October 2015, the artist will have a survey exhibition at the Palais de Tokyo in Paris. Recent solo shows have been held at the New Museum in New York, the Guggenheim Bilbao, the Migros Museum fur Gegenwartskunst in Zurich, and the Fondazione Sandretto Re Rebaudengo in Turin. Song, his first American solo museum show, was organized by the Carnegie Museum of Art in 2011, and traveled to the Museum of Contemporary Art in North Miami, and the Institute of Contemporary Art in Boston. Kjartansson received the Derek Williams Trust Purchase Award at Artes Mundi 6 in 2015, as well as Performa’s 2011 Malcolm McLaren Award for his performance of Bliss, a twelve-hour live loop of the final aria of Mozart’s The Marriage of Figaro.