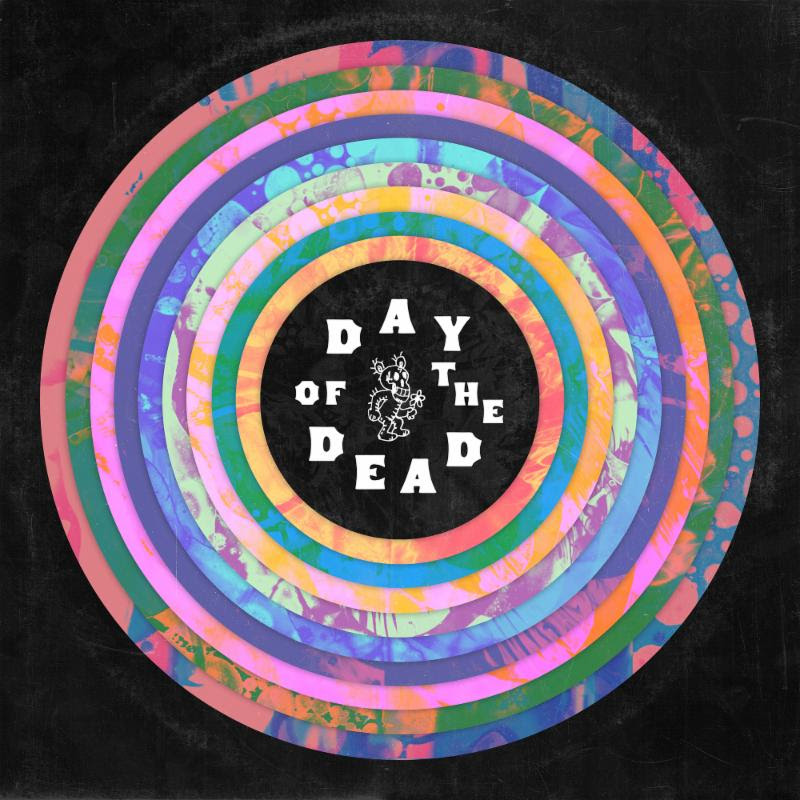 4AD are pleased to announce the release of Day of the Dead, a celebration of the Grateful Dead’s music, on May 20th, 2016. Day of the Dead was created and curated by brothers Aaron and Bryce Dessner of The National. The compilation is a wide-ranging tribute to the songwriting and experimentalism of the Dead which took four years to record, features over 60 artists from varied musical backgrounds, 59 tracks and is almost 6 hours long. Day of the Dead will be released digitally, on a 5 X CD, and as a limited edition vinyl boxed set. All profits will help fight for AIDS/ HIV and related health issues around the world through the Red Hot Organization, a 501(c)3. This is the 20th album of original music produced by Red Hot to further its mission. Day of the Dead is the follow up to 2009’s Dark Was The Night (4AD), a 32-track, multi-artist compilation also produced by Aaron and Bryce for Red Hot. Dark Was The Night has raised over 1.5 million dollars for the organizations fighting AIDS to date.

Produced by Aaron Dessner, and co-produced by Bryce Dessner and Josh Kaufman, many of the 59 tracks feature an all-star house band made up of Aaron, Bryce, fellow National bandmates and brothers Scott and Bryan Devendorf, Josh Kaufman, and Conrad Doucette along with Sam Cohen and Walter Martin. The record shows the broad reaching impact and legacy of the Grateful Dead both culturally and musically. Today, 4AD has published a Spotify playlist matching song-by-song the Day of the Dead tracklist, providing a look at the compilation’s era-specific Grateful Dead source material.

Contributing to the Day of the Dead was musically exciting for the artists involved in the project. Will Oldham states: “I have worked with a few people whose minds are brilliant and complicated, musically. There’s something about the Dead that allows these big-brained pickers to just chill the fuck out and feel good about it. There’s basic types of song forms and melodies that I have an affinity for, and the Grateful Dead have helped other people find their ways into these musics. So it isn’t as hard to establish connections with folks out there that might not otherwise share some of what I am digging into.” TV on the Radio’s Tunde Adebimpe notes, “They’re one of the great, ‘do everything’ bands, take from whatever you want and warp it into something new. I’m sure that some of the space rock and psyche jam DNA of the band has seeped into what we do.” And in explaining why their music is relevant today Bill Callahan said, “I feel like the Dead managed to show the bridge from the past to the future in a respectful way. Much more so than someone like the Stones who felt like pillagers to me. The Dead breathed life into the old songs, expanded the lungs of the old songs.”

The diversity in both material and performance on the tribute is astounding. Special collaborations include Grateful Dead touring member Bruce Hornsby with DeYarmond Edison (featuring Justin Vernon of Bon Iver and the band Megafaun) on “Black Muddy River,” Perfume Genius and Sharon Van Etten on “To Lay Me Down”, Arcade Fire’s Richard Reed Parry, the Band’s Garth Hudson, Little Scream, and composer Caroline Adelaide Shaw’s take on “Brokedown Palace”, Grizzly Bear’s Ed Droste and Little Joy’s Binki Shapiro on “Loser”, Lee Ranaldo and TV on the Radio’s Tunde Adebimpe’s “Playing in the Band”, Jenny Lewis and Moses Sumney’s “Cassidy”, Charles Bradley’s “Cumberland Blues”, and perhaps most expansively, Grizzly Bear’s Daniel Rossen and Chris Bear teaming up with members of the National, So Percussion, and the Brooklyn Youth Chorus to recreate 1977’s entire Terrapin Station medley. There are fresh interpretations of classics, like The War On Drugs’ “Touch of Grey”, Jim James’ “Candyman”, Mumford and Sons’ take on “Friend of the Devil”, Phosphorescent / Matthew Houck’s “Sugaree” and “Standing on the Moon”, “Shakedown Street” recorded by Unknown Mortal Orchestra, the Walkmen’s “Ripple”, and Lucius’ version of “Uncle John’s Band,” as well as a perfectly cast Kurt Vile and J Mascis on “Box of Rain”. But the compilation also explores lesser known Dead material such as as the psychedelic folk gem “Mountains of the Moon” (Lee Ranaldo), and “Rubin and Cherise,” originally a Jerry Garcia song, later adopted by the Grateful Dead and recorded here by Will Oldham. Day of the Dead also features lively recordings from Senegalese collective Orchestra Baobob (“Clementine Jam”), composer Terry Riley and his son Gyan Riley (“Estimated Prophet”), electronic artist Tim Hecker (channeling John Oswald’s classic “Dark Star” exploration “Grayfolded”), jazz pianist Vijay Iyer (“King Solomon’s Marbles”), and Bela Fleck with Edgar Meyer, Zakir Hussain, and Chris Wood (“Help on the Way / Slipknot”). There are simply too many tracks to adequately summarize in a press release!

For Aaron and Bryce Dessner, The Grateful Dead were a gateway to playing music together; the first music the brothers investigated deeply. The two recall their first-ever jam session at 14 years old with The National’s future drummer Bryan Devendorf playing the Dead’s “Eyes of the World” for several hours in Bryan’s attic in suburban Ohio. The brothers were drawn not just to the Dead’s songwriting, but also to the detail, spontaneity, and depth in the instrumentation. A life-long love affair with the Dead, shared with the Devendorfs, was born in those teenage years and crested when The National were invited to play a HeadCount.org fundraiser with Bob Weir in March 2012. The band assembled for this event learned over 25 Grateful Dead songs, [including In the Dark B-side rarity “My Brother Esau”, for which lyricist John Perry Barlow provided a new verse] and most of those players went on to form the “house band” heard on many of Day of the Dead’s tracks. Later, during the National’s Trouble Will Find Me tour, Bob Weir joined the band onstage at San Francisco’s Outside Lands festival and Berkeley’s Greek Theater. After the National concluded the Trouble Will Find Me tour in late 2014 at London’s O2 arena, the recording of Day of the Dead accelerated with multiple group sessions in New York’s Hudson Valley in early 2015.

Red Hot is a not-for-profit, 501(c) 3 organization dedicated to fighting HIV/AIDS through pop culture. Its mission is to raise awareness and money around the AIDS crisis and related health issues. It was started in 1990 by Leigh Blake and John Carlin with the Cole Porter tribute album Red Hot + Blue, which raised millions of dollars, helped reduce the stigma around AIDS at the time and supported organizations and efforts such as ACT UP and T.A.G., which took a stand and made the world pay attention and develop medication that let people with AIDS survive.

Over the past 25 years, over 500 artists, producers and directors have contributed to 20 compilation albums of original music, videos, events and media to keep people thinking about the implications of the AIDS epidemic as well as donate millions to organizations around the world.