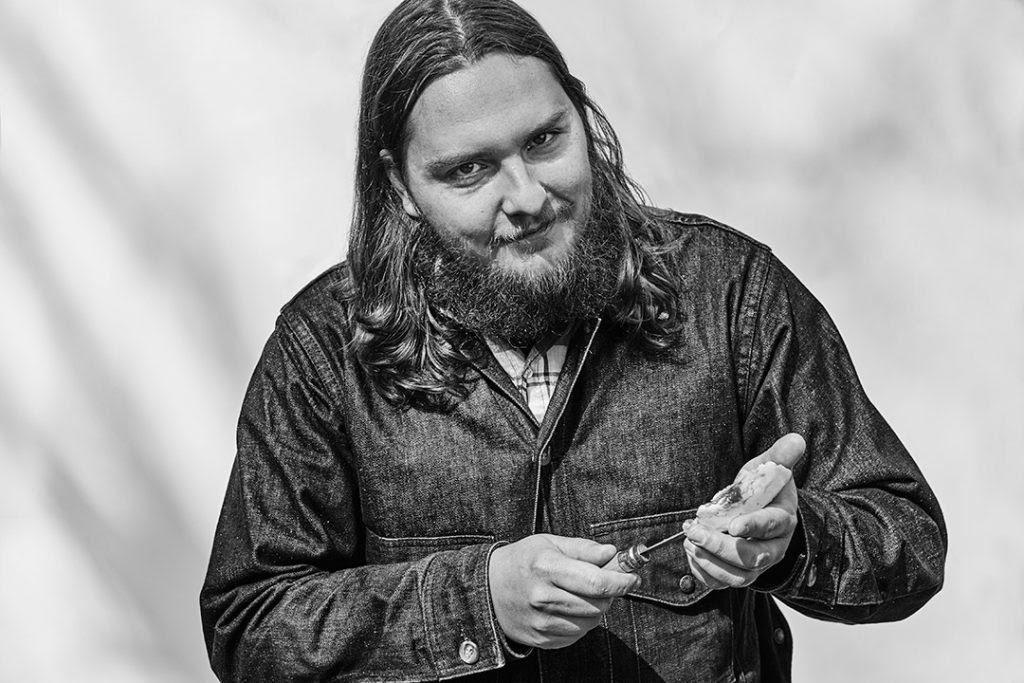 Nathan Bowles, the multi-talented purveyor of cosmic Americana, has shared a rendition of “Moonshine Is The Sunshine”. It appears on his upcoming album Whole & Cloven. The tune, a cover of an obscure song from Jeffrey Cain’s 1970 debut, is a rare chance to hear Bowles sing, which he does with gusto, accompanying himself on banjo and percussion. Whole & Cloven is Bowles’ comes out September 2nd on Paradise of Bachelors.

4. Moonshine in the Sunshine

Since his last album Nansemond (2014), Bowles has sustained and strengthened his fruitful relationships as a ensemble player with Steve Gunn (drums, piano and organ, banjo); the Black Twig Pickers (banjo, percussion); and Pelt (struck and bowed percussion), while undertaking projects with new accomplice Jake Xerxes Fussell and old friend and mentor Michael Chapman, all of which inform this record. But he has also continued to refine his solo practice, carrying it far beyond the confines of any reductive and rote solo banjo designations. On this third solo album, his most exquisite, immersive, and ambitious to date, he again augments his mesmeric clawhammer banjo pieces with piano, percussion, and vocals (mostly wordless, some wordy). The result showcases the full range of Bowles’ compositional and performative versatility.

Instead of the programmatic place-based narratives of Nansemond, the seven songs on Whole & Cloven offers a stoic meditation on absence, loss, and fragmentation, populating those experiential gaps—the weighty interstices and places in-between—with stillness and wonder. Whereas its predecessor was directly inspired by the mutating environment, and his mutating memories, of his childhood home on the fringes of the Great Dismal Swamp in Virginia, the new album turns inward, exploring inscapes rather than landscapes. Since Nansemond, Bowles has moved from the mountains of Blacksburg, Virginia—his longtime home—to the Piedmont city of Durham, North Carolina, an uprooting and displacement that perhaps precipitated the divergent iterations and forking paths on display here. The overriding sense of rupture and return is also perhaps suggestive of the frailty and solidity of human relationships, familial and romantic—they way we live alternately as halves and wholes.