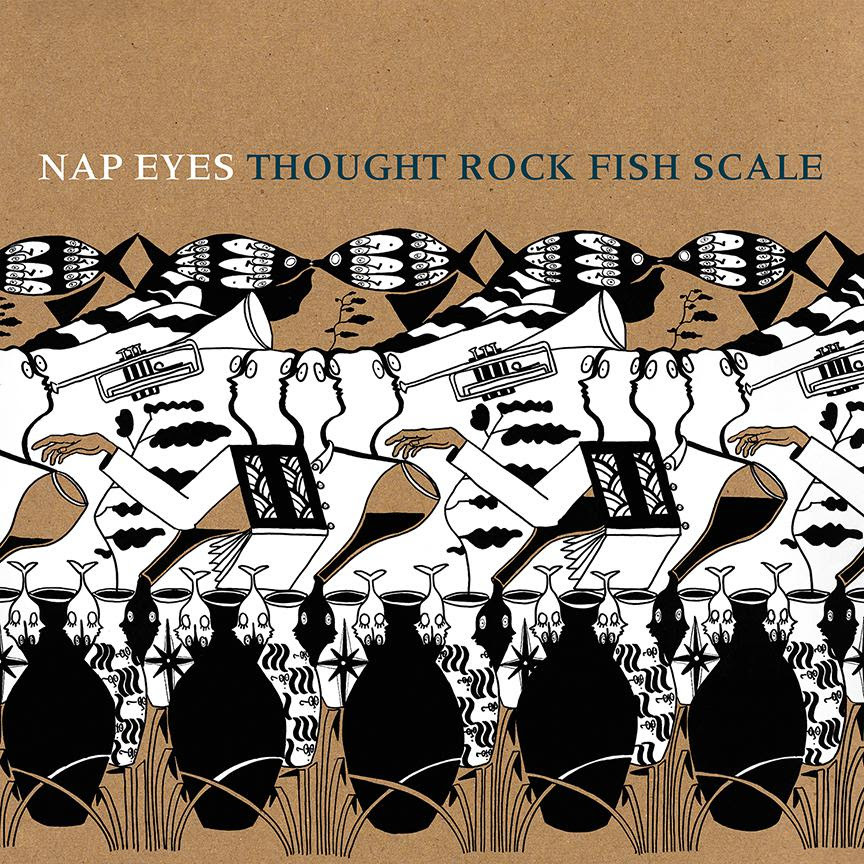 Thought Rock Fish Scale, is the new full-length from Nap Eyes, the entire album is currently streaming ahead of its February 5th release via Paradise of Bachelors (in the U.S.) and You’ve Changed Records (in Canada). The band recorded their second album in late May 2014, near Pictou, a small Nova Scotian town whose evocative name derives from the Mi’kmaq word for “explosion.”

After the dark, drunken night of Whine of the Mystic (recorded nocturnally in Montreal), Thought Rock Fish Scale brings blinding sunlight and blue horizon to these elemental stories of water, fire, and spirit. Compared with its predecessor, this album is far less concerned with the effects of alcohol and more concerned with negotiating the mornings after, all the hungover or otherwise creaky, tentative new mornings of a life assembled from discrete days.

Part of the secret of Nap Eyes may reside in their avowed recording method, which eschews any overdubs in favor of capturing the immediacy and singularity of full-band live performances.