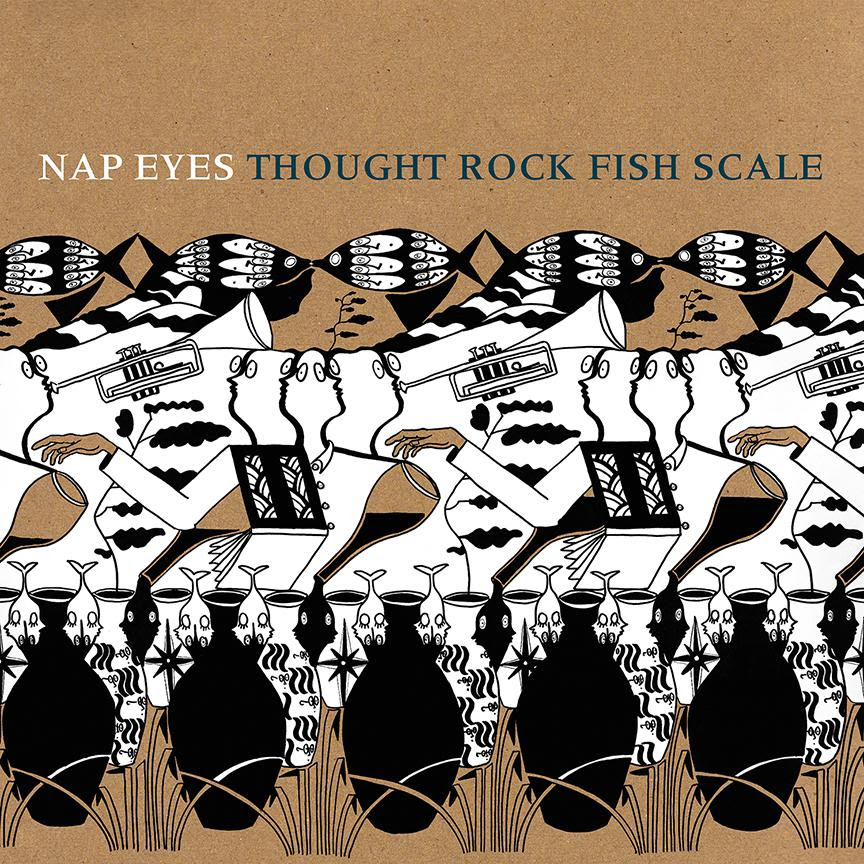 Nap Eyes recorded their second album, Thought Rock Fish Scale, in the crisp daylight of late May 2014, in the living room and screened porch of a seaside family home near Pictou, a small Nova Scotian town whose evocative name derives from the Mi’kmaq word for “explosion.” Like all of their recordings to date, the album is framed by a set of severe self-imposed strictures: a mere four days to capture as many songs as possible completely live, with no overdubs, to a temperamental old TEAC four-track ¼” tape recorder.

“Nigel Chapman’s songs ask us to consider the ways in which we stupefy and medicate ourselves into passivity and longevity; to consider how we seek to lose ourselves within ourselves; how we endeavor to reorient the mind, or if you will, the soul, to disappear into ease and forgetting. Indeed, Nap Eyes make soul music, in the sense that their music describes, from a position of uneasy humility, the often mundane maintenance of the fragile human soul”.