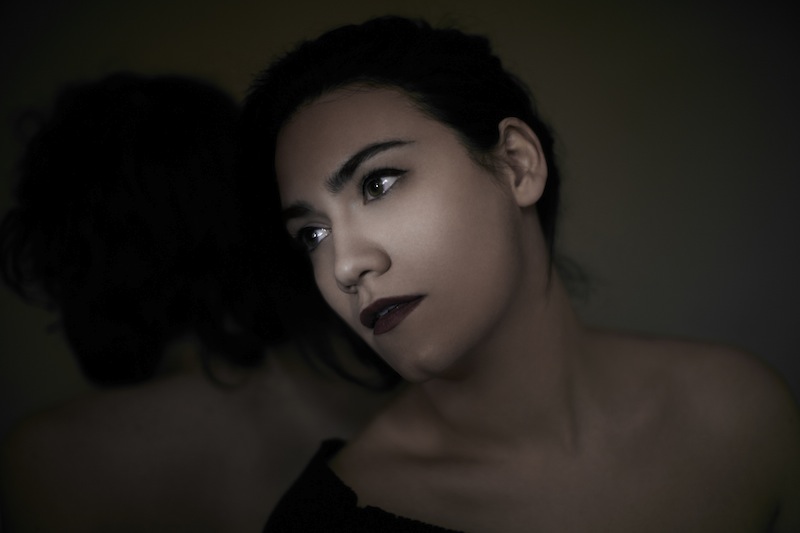 A musician of worldly influence, Nadine Shah looked to the Syrian conflict to inspire her latest record. Tackling war through her words and even a charity single, Shah decided to make her record one that would not only discuss issues bet get people to pay more attention to them. We caught up with Shah to talk about making her music more catchy to bring attention to tragedy and how working on a musical allowed her to get more creative.

Northern Transmissions: How did your brothers work for Al-Jazeera on Syria influence you to start writing about it?

Nadine Shah: My brother’s a documentary maker, and he made this film based in a refugee camp on the border of Syria and Turkey. The documentary focused on the effect the war was having on the children. I made the music for it, and when I got the video to make music to from my brother it was the most harrowing thing I’d ever seen. I was thinking “How the hell do I not know about this?” because at the time, around four years ago, it wasn’t front page news. I felt humiliated for not knowing about it. I’ve always felt artists have a duty to document the times that they live in, so now is as good a time as any. Then it became front page news and you would see those images every day. Whenever I talk about this kind of thing I worry about sounding like I have a messiah complex, that I did it to save the world. I just did what anyone would do to document what was going on at the time.

NT: How did you get involved with Inara to support Syrian refugee children with your Holiday Destination single?

NS: One of the people who runs Inara, Imran Khan, also works at Al-Jazeera as a presenter. So because my brother worked there, he’d put out a status about my music at Facebook. Imran had been a fan for years and didn’t realize that my brother and I were related. He immediately asked “How can I meet your sister. We met and he told me all about Inara. If there’s any kind of political hostility or uprising, the children always suffer. So I wanted to get involved with them because they’re doing front line work, medical care to children who have been injured because of war. The success stories they’ve had have been really heartwarming.

NT: How did you incorporate your feelings of a cultural identity crisis into the soul of your music?

NS: In music or film or literature, it’s really easy to spot a fraud. Some of the music I love, it’s not even that I like the music, but I believe the person making it. When I started writing this record, I was writing about things that I was seeing, how they were affecting me as a second generation immigrant. Seeing the rise in nationalism and the huge decline in empathy, suddenly my identity was in question. I want you to put yourself in the shoes of these characters I’m writing about. I’m showing my own empathy as well. Immigration is the most beautiful thing in the world, it makes people good looking and it makes food taste better.

NT: I also understand you wanted this to have a slight pop edge so more people could hear the political aspects of the album, did you ever worry it would feel dishonest if you went down this road?

NS: There’s a bit of me that wishes I’d made it more pop-y, because now the album’s been released and I’ve seen the response to it. My idea was that by making it more pop that I could reach a larger audience with it. I’m very aware that I exist within an echo chamber, because I have a great audience that’s small, but the people I want to reach aren’t in my immediate audience. A bit of me feels like I’ve failed because I didn’t reach as many people as I wanted to. But I’m not Adele or One Direction or Beyoncé, I can’t reach that wide an audience but it was more pop than my previous records. I wanted to make people dance, and inspire them while broaching theses topics. The audiences I do reach at my concerts, their batteries are recharged, so that’s why I made it more uplifting, to instill some hope.

NT: I think of bands like The Kills and Warpaint hearing the mix of dynamic rhythms coated in smoky dark tones, where do you find sonic inspiration these days?

It’s interesting you mention those bands, I’m a fan of both of them but nobody has picked up on that so far. Sonically the music I was listening to while making this record was Fela Kuti and Talking Heads, because I wanted that energy and pace to it. I wanted to incorporate those kinds of rhythms to bring energy to the tracks. It wasn’t the stuff I usually listen to which is more dark and macabre sounding, I’m a big fan of those kinds of sounds. I love Interpol, Joy Division, The Cure and Depeche Mode, lots of miserable stuff.

NT: Do you think your Jazz training is the reason you have such unorthodox writing within your more rock driven core?

NS: It’s always really weird. I find with interviews, you inform me more than I inform myself, it’s like therapy when people ask me where it comes from. The decisions I make are really subconscious, they’re not deliberate. I was making jazz music for years, so I’m used to making things without the limitations we have in pop. Coming from that world I don’t have it ingrained in me. I’m a big fan of those songs where it would go on for 15 minutes and it doesn’t change to much, I’m a fan of monotonous music. If you only have four or five minutes in a song, it feels kind of schizophrenic to chop and change from one thing to another. I like to set a tone and stick to it, that’s kind of similar to the jazz.

NT: In understand you worked on a score for the stage production of Get Carter so I was curious if there was anything you learned from that experience that your brought to this project in some way?

NS: I loved doing something that wasn’t necessarily under my name, it was a little anonymous, and it enabled me to be a bit more experimental, to play around with things more. So going into to this album, I didn’t feel as restrained as before. That in itself is part of the reason there’s a such a departure sonically on this record. I felt I could experiment as much as I wanted to. It’s also the most collaborative album I’ve done with Ben Hillier, and I let him be much more present on this one. I can’t take all the credit because it was 50/50 with Ben on this one. 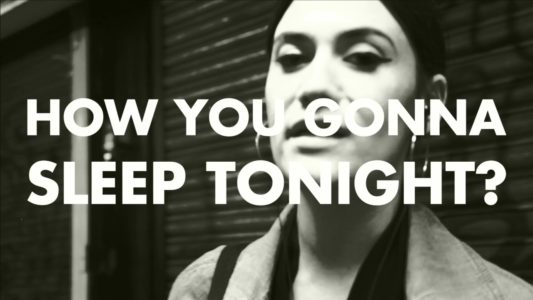 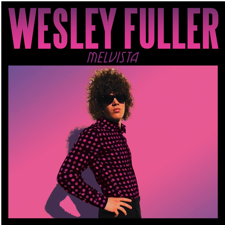 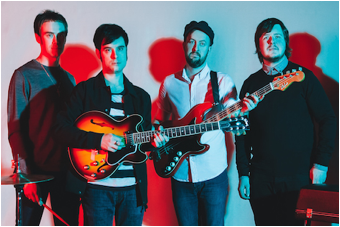