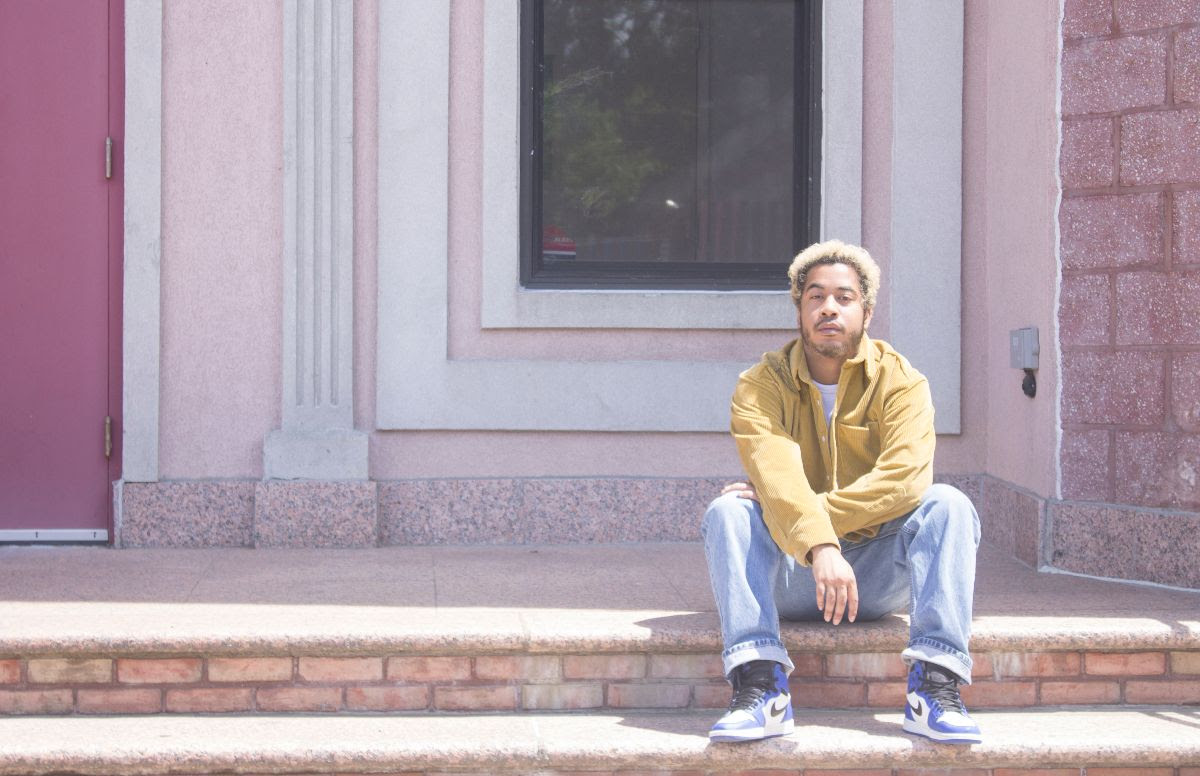 Devin McKnight, recently announced his debut full-length as Maneka. Ahead of the release of Devin he has shared the single “My Queen,” that features McKnight’s former Speedy Ortiz bandmate Sadie Dupuis. Maneka are currently on tour in the Midwest and recently announced a NYC release show at Alphaville with their Exploding In Sound label mates Bethlehem Steel.

“If you’re into rock music and you’re black then people on all sides will say you’re trying to be white or you talk white,” McKnight says. “What does that even mean? That will take over your identity in a big way. Suddenly just because I’m interested in something else that erases all of the other stuff that I’m into. It’s an uncomfortable thing that I shouldn’t have to deal with but that I deal with any way. I’m here and I listen to some music that some white people listen to but that doesn’t mean that I don’t know who I am, or that I’ve erased this other part of me.”

McKnight’s time in the music scene has influenced the album in other ways, perhaps most significantly by introducing him to the community of musicians that he now turns to for inspiration and council. It features contributions from several people in that community including longtime Maneka drummer and vocalist Jordan Blakely, producer Mike Thomas of Grass Is Green, members of Stove, Ovlov, Speedy Ortiz and Two Inch Astronaut, and McKnight’s cousin, the award winning saxophonist Brent Birkhead. The track “Positive” functions as a kind of song of encouragement to his fellow musicians, many of whom struggle with mental health issues, and McKnight’s writing process for the album was partly born from his friendship with (Sandy) Alex G, which blossomed during time they spent on tour together.