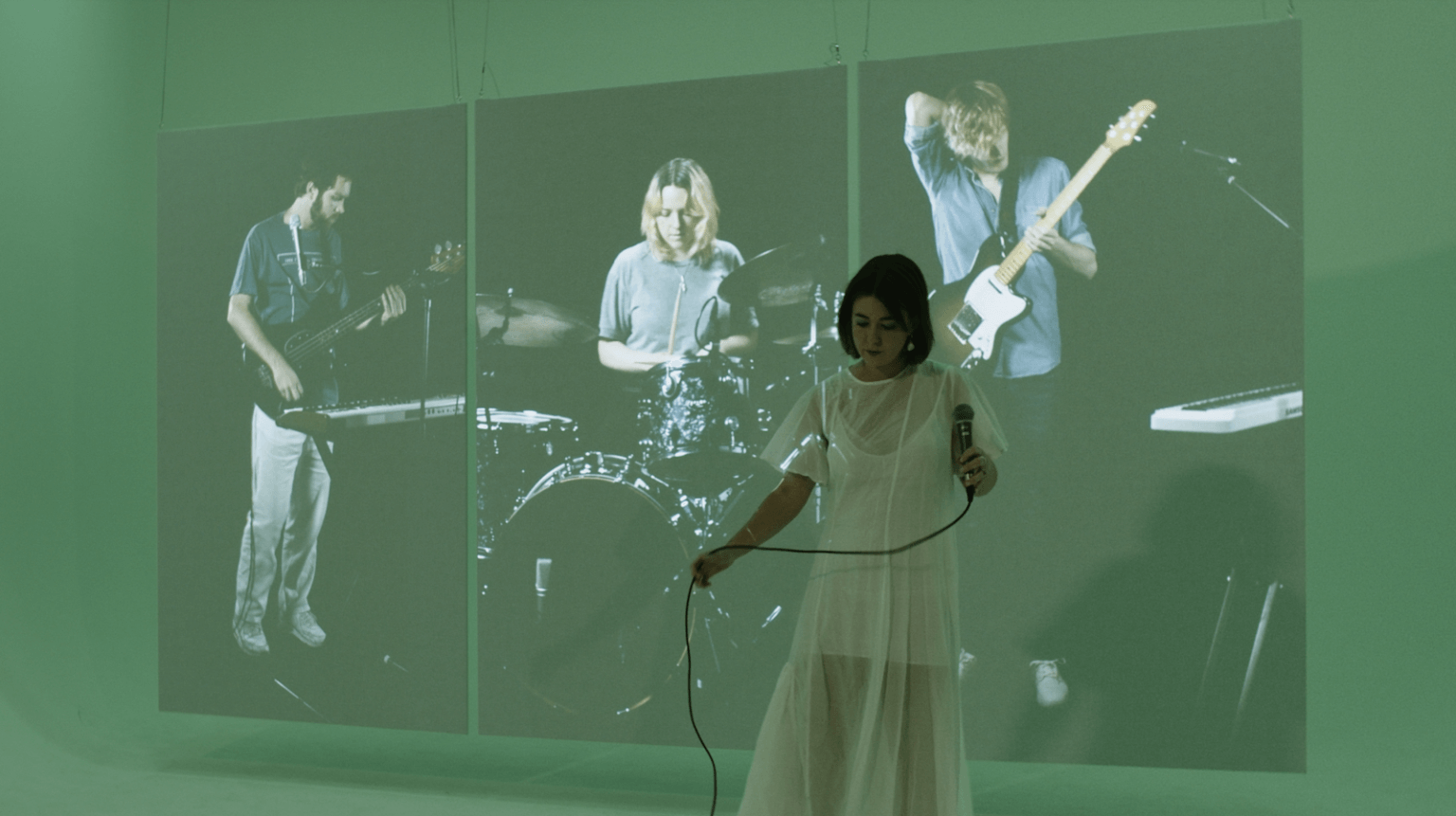 Yumi Zouma have shared their new single “My Palms Are Your Reference To Hold Your Heart” the track is off the trans-global band’s recently announced full-length Truth or Consequences (Alternate Versions) album, due out October 28 via Polyvinyl Record Co. The band will be releasing a new track released every week leading up to the project’s release.

“This version of the song we affectionately shorten to ‘Palms’ started with just a few chords that I’d tried out underneath the vocal melody – I felt a little stuck with what to do next, but I sent the minimal scraps I had along to Charlie anyway, so he could give it a crack. When it came back the mood was completely transformed – into this sparkly, ABBA-esque dark disco feel that it has now. This video came about much in the same way, starting as an idea from Josh to shoot a live performance against projections of the rest of the band when we couldn’t all be together – and transforming into this James-Turrell inspired installation in an infinity-walled space, with programmed lights and a makeup artist and a black suit. Both ended up more slick, more fun, more flashy – and in (what felt like) the blink of an eye. So we hope you enjoy, and dance in your bedroom, and take a little moment of spontaneous silliness in a world that is undoubtedly weighing pretty heavy on us all right now.”

The theme of isolated togetherness and distant creativity has been a throughline for the band throughout their career. Originally formed in New Zealand, the members of Yumi Zouma now come together from around the globe: New York City (Josh Burgess – guitar, vocals), London (Charlie Ryder – guitar, bass, keys), London (Christie Simpson – vocals, keys) and Wellington, New Zealand (Olivia Campion – drums).