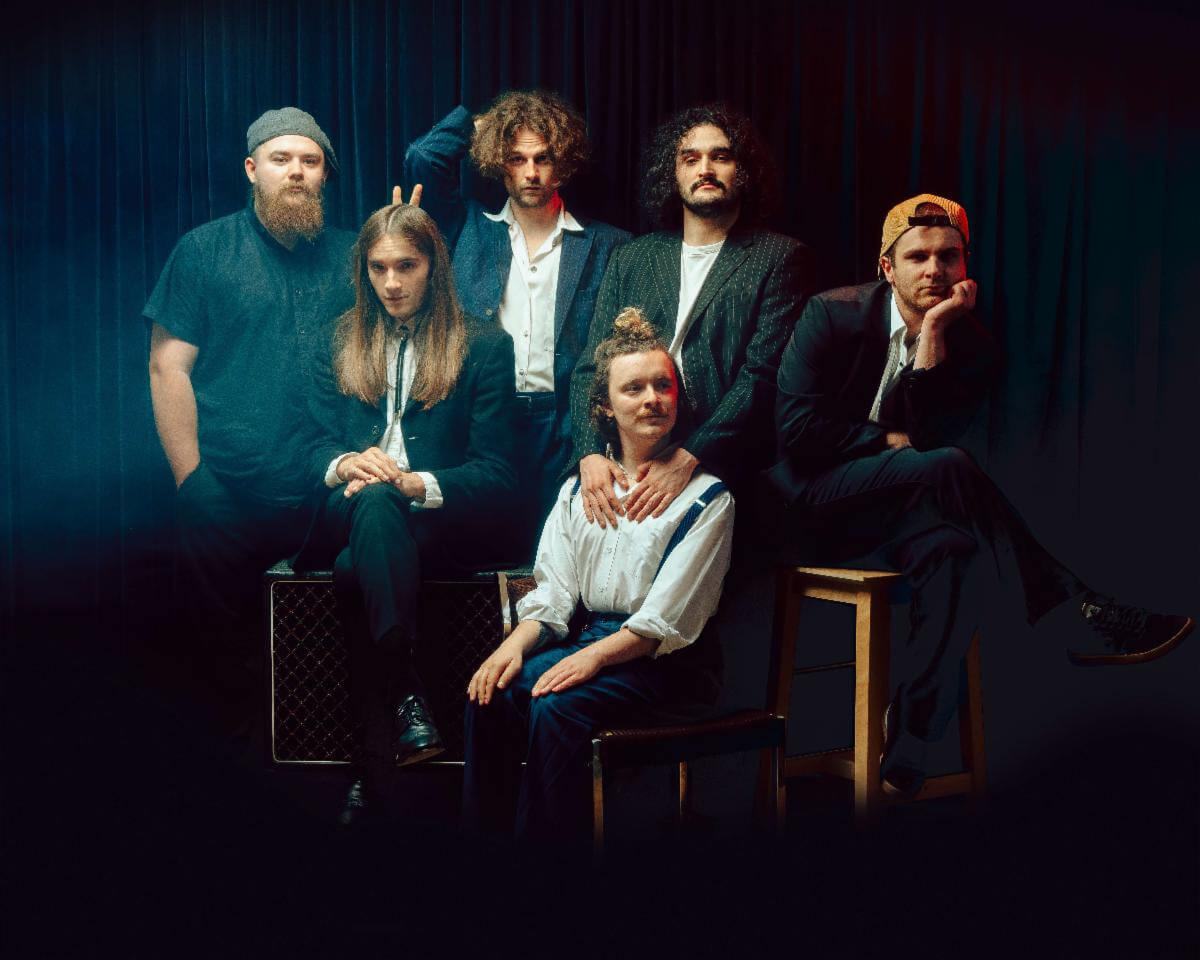 CVC had a busy 2023, gaining a highly devoted fan base due to their incredible and celebratory live show, including performances at Reading and Leeds, through to sold-out hometown shows in their native Wales. CVC will be going on tour to support Get Real, and have today announced their debut London headline show at Camden Assembly in London, England.

Today, the band have share “Music Stuff,” the latest single off their forthcoming debut album Get Real, which drops on January 13th via CVC Recordings/Secretly Distribution. The track follows the release of “Docking The Pay,” “Good Morning Vietnam,” and “Sophie” and is in-keeping with elements of their now signature psych-rock-pop sound.

Along with the the release of Get Real, CVC have also shared a trailer for a forthcoming Short Film called Music Stuff, directed by Edwin Burdis. The film was shot in Cardiff’s sweeping Millennium Centre, capturing the band in their element, while maintaining a glitchy, Sci-Fi feel; which seems fitting since a number of famous scenes of the BBC TV series Dr. Who were filmed in the very same building!

Pre-order Get Real by CVC HERE