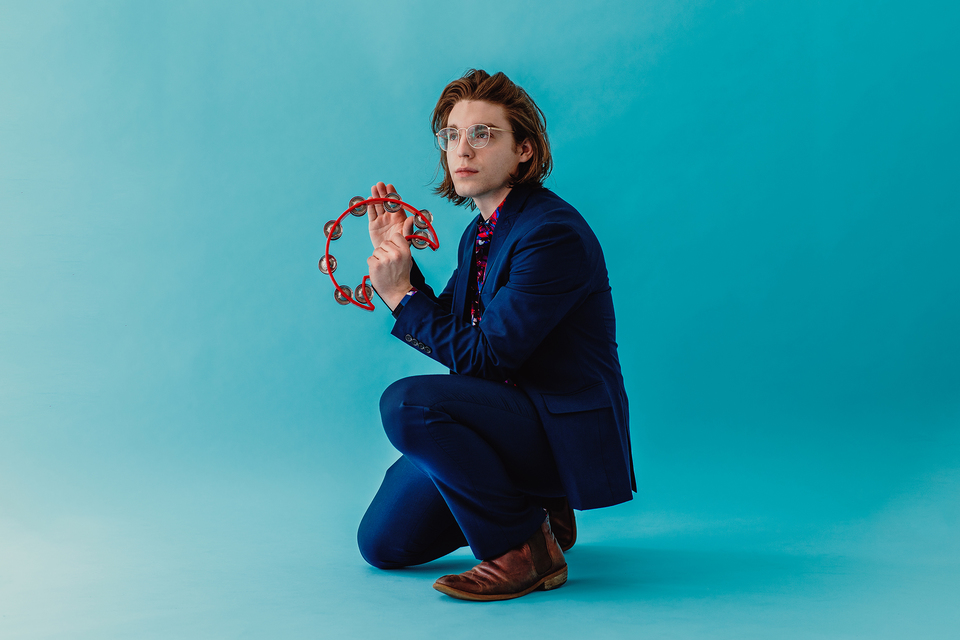 Minor Poet AKA: Andrew Carter will release his new album The Good News, May 17th on Sub Pop Records. The album was was produced by Andrew Carter and Adrian Olsen (Natalie Prass, Foxygen) at Montrose Recording in Richmond. Minor Poet, has shared the album track “Museum District,” ahead of the LP’s release.

“When Minor Poet became a touring band, I was confronted with just how badly I struggled with social anxiety. Being a musician requires so much public interaction with strangers on top of the soul-bearing of playing intensely personal songs every night. On the other hand, when writing “Museum District,” I wanted to really emphasize how severe social anxiety is not one-dimensional. Everyone who deals with social anxiety also deals with a longing for the life they’re not living, a desire to be there for that one amazing night or life-changing party they’ll always miss because they couldn’t bring themselves to go. All while simultaneously knowing they couldn’t enjoy it even if they were there. Social anxiety is a mess of contradictions that add up to one powerfully limiting state.

“Even from an early demo stage, I knew that I wanted “Museum District” needed to feel outsized, like a person struggling to get outside of themselves. As soon as I wrote the opening drumbeat, I could hear the horns, the sleighbells, the harmonies, and most of all the disparate yet interlocking rhythms coming from each instrument. In that sense it needed to be kinetic, like a weirdly constructed puzzle that had to fit together perfectly or the whole thing would fall apart.”