Mura Masa Confirms New Single, ‘What If I Go?’ 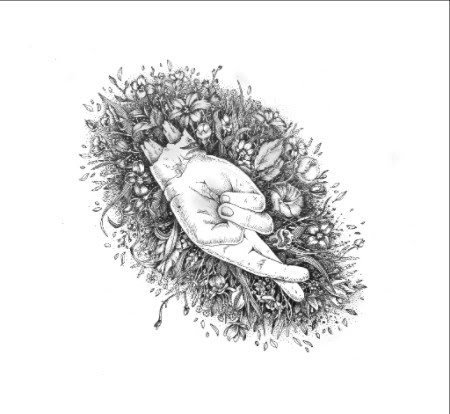 Mura Masa has confirmed details of new single ‘What If I Go?’, out today on Interscope and available on all digital retails. This follows a breakout start to 2016 for the nineteen year-old, who has already placed at #5 in the BBC’s Sound of 2016 shortlist, been named a One to Watch for the year by the likes of Spotify and Apple, as well as winning the Blog Sound of 2016.

Stream via Soundcloud and Spotify and Apple Music
Purchase on iTunes

Having recently surpassed 20-million streams on Soundcloud, Mura Masa’s debut US tour – a co-headline trek with Nao – sold out in less than 24 hours this month. He’ll also play a sold-out run of UK headline dates in April, including a label showcase for his own imprint, Anchor Point, on April 7th alongside Bonzai and new signings Jadu Heart and Tyra. A number of festival slots are additionally already confirmed for the summer, such as Great Escape, Field Day, Parklife, and Wildlife.

‘What If I Go?’ is a joyous, dizzying mix of global acoustics (steel drums, delicate harps) and forward-thinking electronics. Featuring a soulful turn from Bonzai on vocals, the track is, he says, “the next development of the sound. It’s not necessarily about trying to make pop music, but I do want to bring more of an accessibility to weird electronica.”

The story of Mura Masa is one to remind people that there’s still room for optimism about the internet generation. Alex grew up on the everybody-knows-everybody island of Guernsey, where his Mum’s Joni Mitchell records and his Dad’s years spent playing in hard rock bands around Scotland offered a dual influence of classic and experimental songwriting. With the nearest gig hotspot a 5-hour ferry journey away in Southampton, culture tended to be DIY out of necessity. But at the age of 15, Mura Masa “heard Hudson Mohawke’s ‘Thunder Bay’ and discovered that electronic music was a thing,” before stumbling into James Blake taught him “just how far you can go with it.” Then, the digging began. Inhaling entire discographies across Youtube and Soundcloud of songwriters and beatmakers in these circles, he became immersed not just in the subcultures of electronic music but saw the bigger picture through which bedroom producers could shake the world.

Just two years ago Mura Masa began uploading early recordings to the internet and started building a fan-base which soon stretched far beyond the confines of his Channel Islands bedroom. He can’t quite remember when he clicked on the name Mura Masa, but its origins (a 15th century Japanese sword-smith) fitted a fascination with Asian sounds and images: it also happened to be a track title off one of Alex’s favourite Metal albums. Quickly finessing his sound, collaborations with Nao, Shura and Jay Prince formed a series of early releases, and fed into rapturously-received early shows at the likes of Village Underground. Currently writing and recording his debut album, Mura Masa has already shown how an appetite for knowledge, however isolated your upbringing, can make full use of having the world at your fingertips. From the restless bedroom-producer to a bold new voice in Pop, wherever Mura Masa goes next, you sense many will follow.