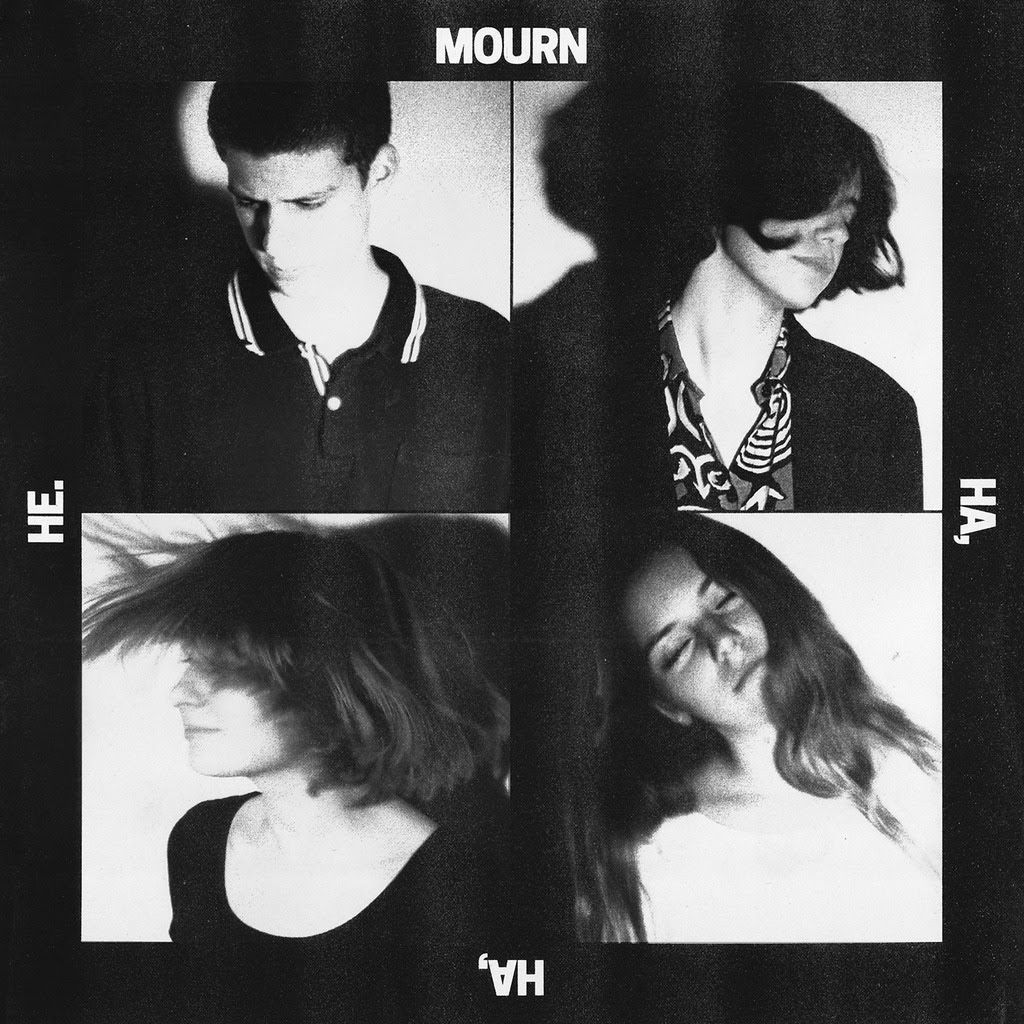 MOURN recently announced Ha, Ha, He., the follow up to their self-titled album and have already shared three tracks from the album, “Storyteller,” “Evil Dead,” and “Second Sage.”The song is inspired by William Blake’s “The Laughing Song” and much like the poem itself, the track is sort of a last gasp of screaming laughter on an album that’s marked in real time. MOURN’s Jazz Rodríguez Bueno tells Interview “The Laughing Song” is, “a poem of hope for me.”

MOURN’s Jazz Rodríguez Bueno explains “Second Sage” saying, “This song is about last August. I was feeling alone, I had nothing to do so I spent the most of the time playing the Legend of Zelda, Ocarina of Time. That was the only thing that made me feel good at that time, and it made me feel kind of useful somehow. One day after playing, I picked my guitar and started talking about it. It’s basically about me waiting for someone to talk to me while I am in the Fire Temple.”

“Irrational Friend” takes its chorus, “Ha. Ha. He!” from William Blake’s “The Laughing Song,” a poem from his Songs of Innocence and Experience. You can sense the band working through their experiences as a group of young and talented people entering their 20s. They face a future that can be equally rewarding and cruel, with respect to their career in music as well as life in general.