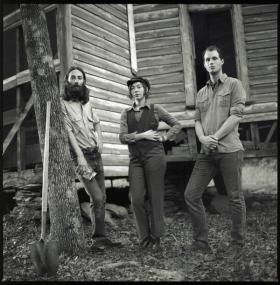 Mount Moriah will return to the road in support of Miracle Temple tonight in Washington, DC with Sallie Ford and the Sound Outside. Watch their new video for “Miracle Temple Holiness” directed by Casey Cook.

Fiercely contemporary yet rich with classic influences, Mount Moriah’s Miracle Temple sports bigger arrangements, louder guitars, bolder vocals, and more soulful rhythms than their acclaimed self-titled debut. Through their artful personal storytelling, the band develops a piercing portrait of a “New South” where progressive traditions are still fitfully breaking free from conservative ones. Mount Moriah’s cathartic vision for their home and themselves is writ large in their lovingly critical negotiation with romantic, political, and gender identities; geographical perspective; confrontation and forgiveness. The drive for change, resolute but tinged with regret, is arrestingly captured in the cover image of a burning barn. 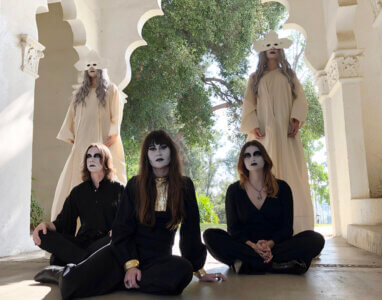