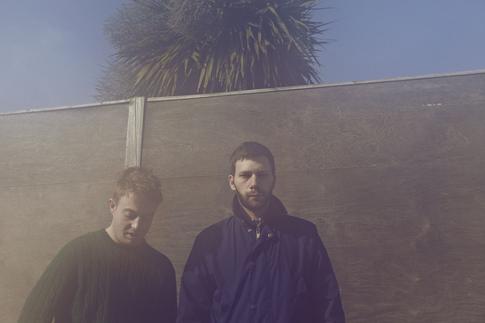 Though Mount Kimbie took some time between their last few records, it seems like now they can’t stop making new music. When the now geographically split band came together for their new album Love What Survives they decided on quality of quantity in their sound. This has helped since now the band is balancing tons of their own work as well as continuous collaborations with King Krule, James Blake, Kamasi Washington and more. We caught up with Mount Kimbie’s Dom Maker in the midst of their latest tour to discuss focusing their sound and the power of collaboration.

Northern Transmissions: How did your recent remix album come about and how did people like Nina Kraviz come on board?

Dom Maker: We’re really excited about Nina and anyone who did a remix for the new record. We all of them DJing a lot and they’re people that we really look up to. We’ve been doing more DJing than before so it felt appropriate to bring more of a club side to our album despite how far removed it is from the dance floor. It also helps people know we’re still really tapped into that side of electronic music. It was really great to see people we idolize working with our music and seeing the results of that.

NT: Going into Love What Survives, what was inspiring you this time around and what did you want to do differently from Cold Spring Fault Less Youth which you guys have referred to as unfinished?

DM: It took us quite a while between the two records, so we picked up a lot of different sounds. We heard old soul music where they were using rhythm boxes and organs, and with that drum-machine beat from those old machines. We felt we could simplify the elements we were using to make music and focus on song writing rather than the textural side of what we do. It felt like we were in a different headspace writing that album. It also lent itself better to performance so it was a lot easier to perform those songs live which was a big hook for us. It feels like a more complete record in that way too.

DM: I’ve moved to America so doing those NTS shows really helped bring us together. I was back in London for a four-week period, and we had time to play each other music we’d heard along the way. It meant we drew a lot of influence from artists we had on during the residency. It was enlightening at that point in the record where we had sketched but we hadn’t fleshed anything out properly. We had Archie (King Krule) coming on the show, so it was great to hear where he was coming from. It also gave us a space to show other people where we were at and what we were listening to. It was kind of a soundtrack to how the album was made.

NT: I also thought it was interesting hearing how focused and simple the album sounds arrangement-wise, I read you chalk that up to having confidence in the melodies you make?

DM: It’s just come down to feeling more confident in our writing and not wanting to drown things out in effects. We had touched on using our voices a bit in the last record. Then with this one the people we got for featured, it was making good melodic beds for our featured artists. We were confident in these hooks and we were using old and raw keyboards, which were much harder to mask anyways. It became a bit more simplistic, and to me it sounds like a much more peaceful record in a lot of ways.

NT: It was interesting to see two collaborations with James Blake this time around, so how has your creative friendship with Blake evolved throughout the years?

DM: It was quite a natural occurrence because James actually moved over to Los Angeles around the same time I did. We hadn’t seen each other properly for years because we’ve both been on the road for a lot of time. We had time to get back together as friends and catch up. So we really got to work well and those two tracks were around when I was back in London so I showed them to James. It was unplanned but we’ve always got along well with James, and the music we made this time took him back a little bit. That forced him to write in a different way to how he has done before, and he liked that challenge.

NT: You also ended up releasing Turtle Neck Man featuring Archie (King Krule) so what kept it off the record?

DM: It was a bit of an odd one, because it felt like it was really the beginning of another record. I think whatever we can do with Archie in the future, we’d love to do an album with him if we could really. It was so different from the rest of the record, and it has this straight-up beat, so it just didn’t feel right to sit there. It was one of the last things that came up while making the record. Archie heard it and went  on this mad storytelling ramble with it. We thought “Why can’t we just stay here  for another three months to make a full album.” It was logistically impossible, but it’s really the seed of something that will come together in the future.

NT: How has living so far apart affected your creative process and has it made the time you spend working together feel more spontaneous and important for creating?

DM: It’s very easy to become complacent when you’re around each other a lot and time isn’t really an issue. Since I moved out to L.A. it’s focused everything a lot more, and you value the time you can get together in the studio. Coming at life and music in different ways from around the world, it changes your outlook. I’ve gotten back into sampling from all the music around here, and that wouldn’t have happened back in London. It also gives a lot of perspective on where we’re at. It’s made touring a pleasure where it used to be a chore. Now everything is more focused, and moving has strangely seemed to make everything kind of better.

NT: How did your YouTube collaboration with Kamasi Washington come about and what was that process like?

DM: It’s still a work in progress actually. It was pretty mad because Kamasi is someone we really look up to, I think the guy is a genius. It was strange having him in the studio. We basically went in there and recorded him for a whole day, he’s just a fountain of ideas. There’s still so much audio to go through, and then we have to make micro-ideas from it. He was a pleasure to work with and it was inspiring. Those artist collab things have always seemed like a nightmare to me, I thought it would be quite difficult. It was very smooth though and he’s just such a nice guy and is so open to different kinds of music that it was easy.