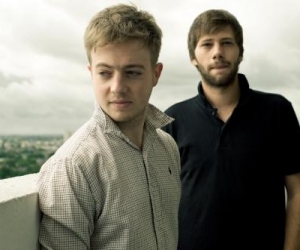 As the release date for Mount Kimbie’s second album fast approaches, the duo have released their new track “You Took Your Time.” Featuring the distinct vocals of King Krule, You can listen above.

Taken from Cold Spring Fault Less Youth, Mount Kimbie’s sophomore record will be released on May 28th through Warp Records. The band kicks off their summer tour with Holy Other on May 30th at The Bowery Ballroom in New York. Full tour dates below.

Cold Spring Fault Less Youth combines the electronic sensibilities of the band’s debut album Crooks and Lovers but sees Mount Kimbie move out of the bedroom and into a professional studio. Informed by their live shows, Dom and Kai have introduced more live instruments to broaden their sound including drums and horns as well as experimenting with vocals. Unleashing themselves from the confines of dance music, the resulting album feels looser, richer and more enveloping than the duo’s past work, yet still retains that Mount Kimbie sound.

6. So Many Times, So Many Ways