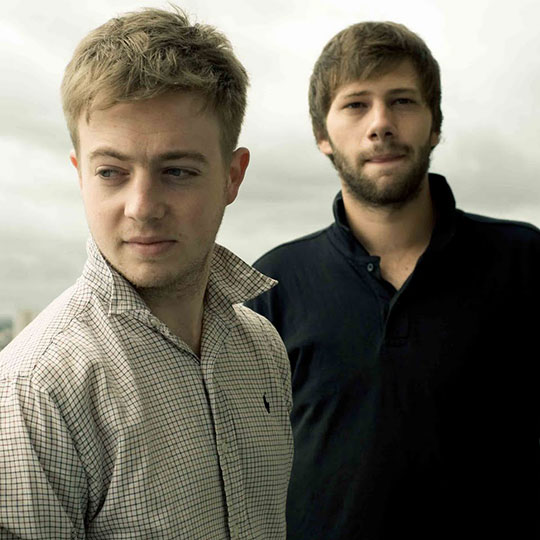 With the release of Cold Spring Fault Less Youth a little over a month away, Mount Kimbie is ready to release their video for “Made to Stray.” Directed by Australian artist and creative director Leif Podhajsky — who also did the artwork for the album and has previously worked with Foals, Tame Impala and Peaking Lights — the video is a kaledespokic take on the band’s lead single. Watch the video here. “Made to Stray” is drawn from the band’s forthcoming sophomore record, Cold Spring Fault Less Youth, out May 28th via Warp. The band is also heading out on tour this summer, playing venues across North America this summer with Holy Other.

Since 2009, Dominic Maker and his partner in Mount Kimbie, Kai Campos, have played a central role in forging a new form for electronic music. Their influence stretches far beyond the tiny corner of the dance music underground that produced them. They have repeatedly confounded expectations, transforming themselves from bedroom-studio producers to creators of one of the most fully realized electronic album-length statements of recent years. With their second album, Cold Spring Fault Less Youth, finally completed, the perception of Mount Kimbie looks set to expand again.

Cold Spring Fault Less Youth combines the electronic sensibilities of Crooks and Lovers but sees Mount Kimbie moving out of the bedroom and into a professional studio. Informed by their live shows, Dom and Kai have introduced more live instruments to broaden their sound including drums and horns, as well as experimenting with vocals.. “Tastes change, what you want out of your life changes, and so on. Naturally, how we want to sound has changed too.” Expanding beyond the confines of dance music, the resulting album feels looser, richer and more enveloping than the duo’s past work, yet still retains that Mount Kimbie sound.

The new record also features two collaborations with the enigmatic artist King Krule who lends his distinctive, discontented vocals to “You Took Your Time” and “Meter, Pale, Tone.” Having been friends and mutual fans of each other for some time, the collaboration between Mount Kimbie and King Krule came about naturally and they intend to work together again.